Photocopy of a letter dated 28th June 1983 to Mr Victor Wakeling from Major T. H. Perkins, Chief Administrative Officer, WRVS. Major Perkins writes to thank Mr Wakeling for all of his work. For 12 years Mr Wakeling spent all his free time collecting books, games and puzzles to be sent to British troops in Brunei and Northern Ireland. He began in 1976 after his brother-in-law returned from a tour of duty with the Air Force and complained how short of books, playing cards, games etc, troops were while serving abroad.

Typescript letter on a single sheet of white A4 paper. The paper is headed with the WRVS logo. The salutation and signing-off are handwritten in ink.

Inscription Typed On front: Women’s Royal Vountary Service 17 Old Park Lane, London W1Y 4AJ Telephone: 01-499 6040 28th June 1983 Dear Mr Wakeling Thank you for your letter of 14th June 1983. Our representative in Northern Ireland, Mrs. ‘Bobby’ Staurt visited us last week and she asked me to pass on to you her grateful thanks for all the good work you have done in providing paperback books and games for those serving in Northern Ireland. She hopes that you will wish to continue the collection as they are definitely required by the Services. I have asked Mrs. Powell of WRVS Greenwich clothing Store to continue accepting your books for onward despatch to those in need, Your list of books, etc. is most impressive – subject to your agreement, WRVS will continue to acknowledge you as one of their best helpers in the provision of books for the Services. Yours sincerely [signature] Major T.H. Perkins Chief Administrative Officer Mr. Wakeling, 25, Bradfield Drive BARKING, Essex IG11 9AW 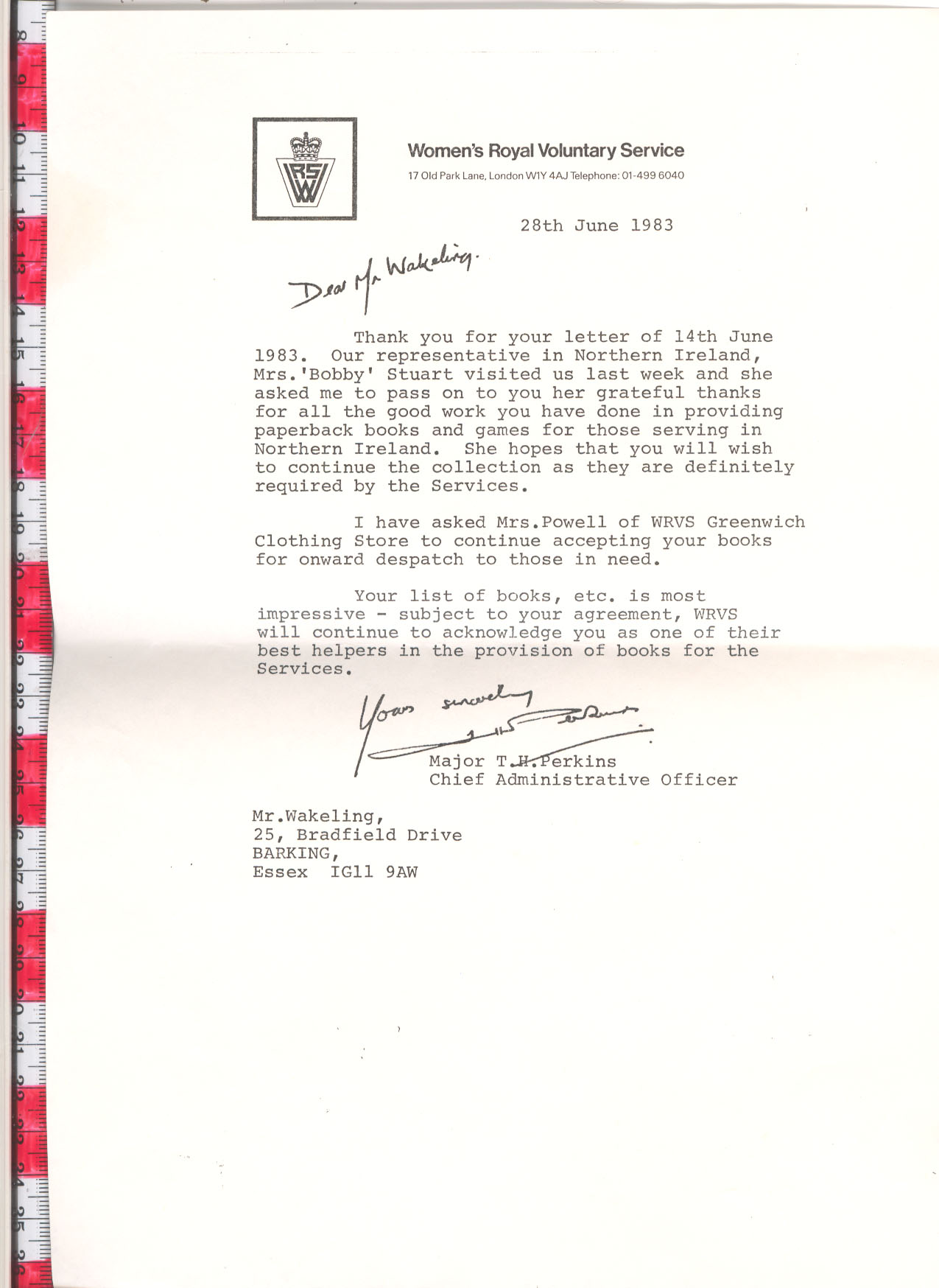