Letter dated 18 September 1985 to Mr Victor Wakeling from Captain C H Turner, QC Signals, Traingin Team Brunei. Captain Turner writes to thank Mr Wakeling for a consignment of books. For 12 years Mr Wakeling spent all his free time collecting books, games and puzzles to be sent to British troops in Brunei and Northern Ireland. He began in 1976 after his brother-in-law returned from a tour of duty with the Air Force and complained how short of books, playing cards, games etc, troops were while serving abroad.

Typescript letter on a single sheet of cream A4 paper. The letter is typed on the TTB headed paper. The salutation and signing-off are handwritten in black ink.

Inscription Typed On front: From: Captain C H Turner QC SIGNALS Training Team Brunei Medicina Lines Seria BRUNEI British Forces Post Office 11 DO: TTB 4/1 Mr V A Wakeling 25 Bradfield Drive Barking Essex IG 119AW ENGLAND 18 September 1985 Dear Mr Wakeling, The books and puzzles that you kindly despatched to us in June at last arrived in Brunei. Thank you very much indeed for all your efforts. Unfortunately I was in the jungle when the consignment actually arrived, but my Chief Clerk said that they arrived in their original wrapping. I look forward to receiving your next consignment, and I would like to thank you once again for all your hard-work in sending us the books and puzzles, they are very much appreciated by all our students. Yours sincerely [signature] 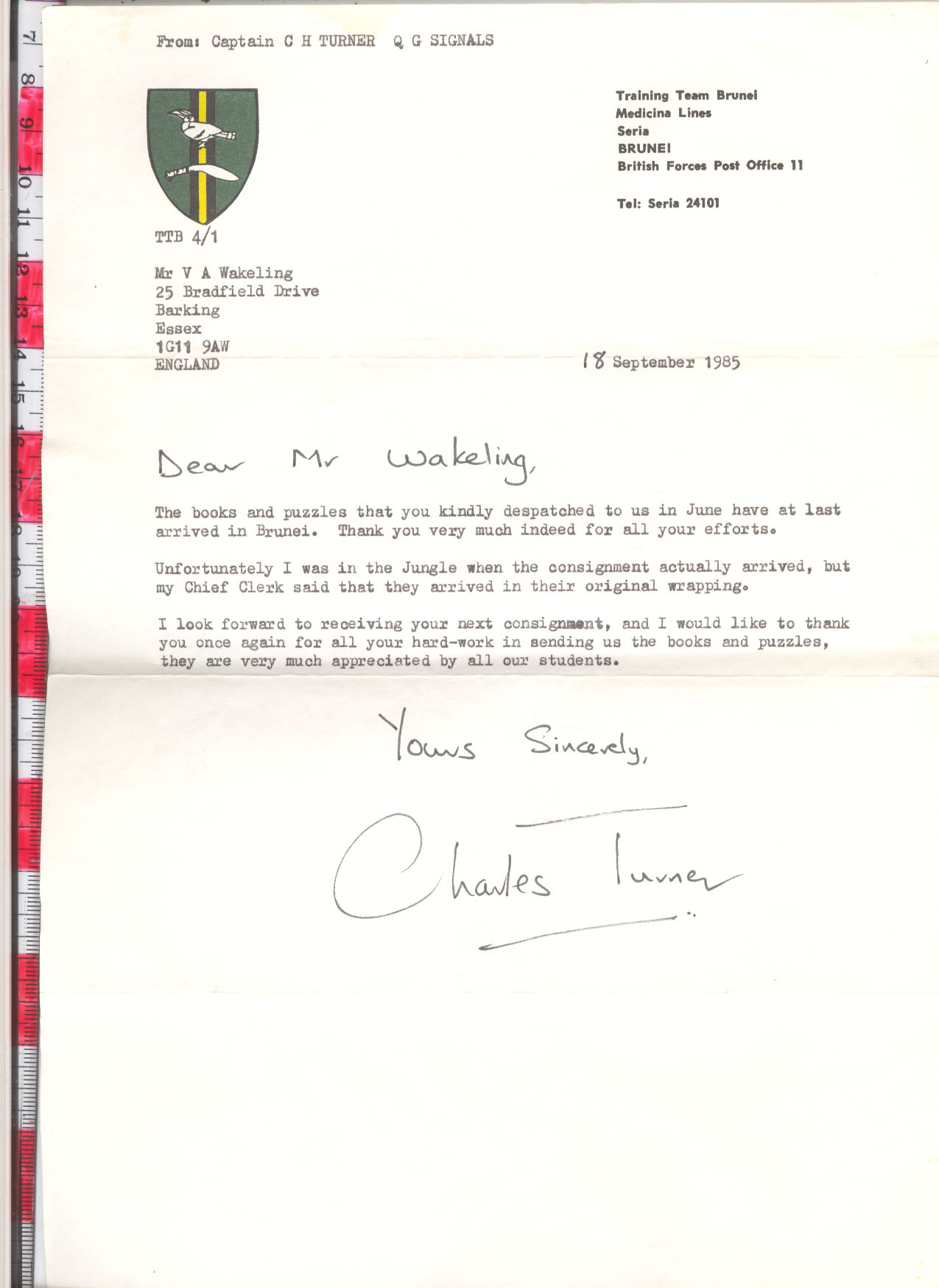