Letter dated 1 August 2005 to Mr Victor Wakeling from Mr T R Brown, Head of Library Services, Barking and Dagenham. Mr Brown writes to thank Mr Wakeling for all his work. For 12 years Mr Wakeling spent all his free time collecting books, games and puzzles to be sent to British troops in Brunei and Northern Ireland. He began in 1976 after his brother-in-law returned from a tour of duty with the Air Force and complained how short of books, playing cards, games etc, troops were while serving abroad.

Inscription Typed On front: Mr Wakeling 25 Bradfield Drive Barking Essex IG11 9AW 1 August 2005 Dear Mr Wakeling On behalf of the Library Service I would like to thank you for your kind donation of approximately 12,000 books over the last 14 years. A Senior Librarian carefully assesses all donated material which may then be added to stock if the items are considered suitable. In some cases items may either be offered to branches in the borough or to other libraries with specialised collections to maximise their usage. Those items not added to stock because of content or condition are given to local charities such as Friends of Valence House Museum. Gifts to the library are always appreciated, once again thank you for helping us improve our service to the public. Yours sincerely [signature] Mr T R Brown Head of Library Service Central Library Unit 53 Vicarage Fields Shopping Centre Ripple Road Barking IG11 8DQ 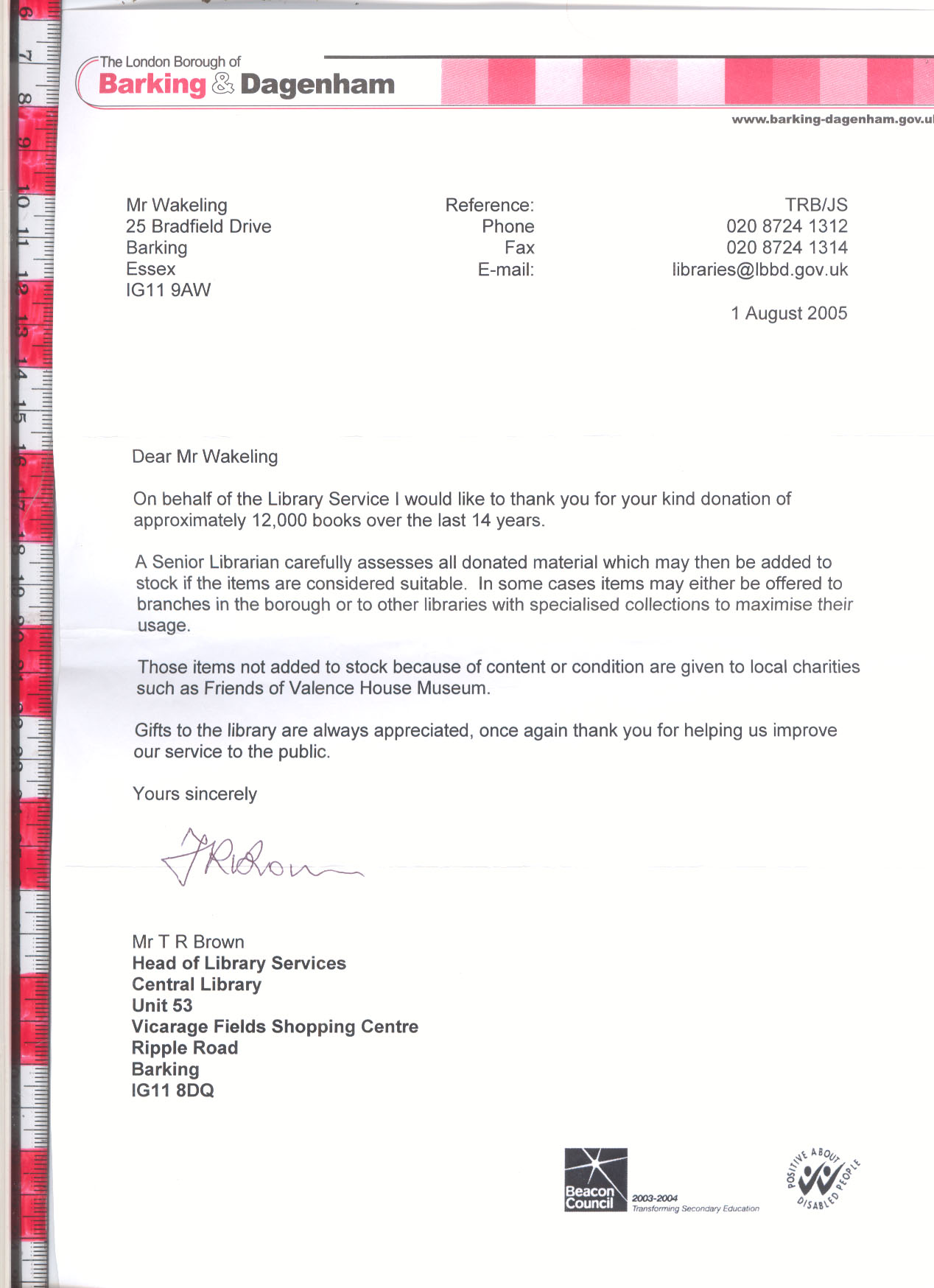