Portrait of Lyonell Fanshawe, the youngest son on John Gaspard Fanshawe of Parsloes and Wyresdale, and his wife Barbara Frederica Beaujolois Coventry. He was born on 6th May 1866, and is brother to Evelyn, the last Fanshawe to own Parsloes Manor House, and who sold the property in 1916. Lyonell was schooled at Repton School, Derbyshire between 1879-83, and later began work at the Sun Fire Office, Britain's oldest Fire Insurance company. In 1887 he enlisted in the army, where he participated in much warfare on the Indian frontier. In 1895 he received the Indian Medal. He remained in the army until 1901. On 18th April 1894 he married, at Christ Church, Mhow, India, Bessie Emily Miller (1877-1899). They had two children: Loftus Gaspard Lyonell William (1896-?) and Dorothy Bessie Anne (1899-1900). Lyonell's wife died nine days after giving birth to their daughter, who also died 10 months later. They are buried together at Mhow, India. In 1903 Lyonell went to Canada to take up farming, but died a year later at St. Rock's Hospital, St. Boniface, Winnipeg. Previously mis-identified at Evelyn John Fanshawe.

Small oval bust length portrait of a young male child. With blond shoulder length hair and a white gown just visible. Facing front but looking to the right. On a plain white background.

The Sun Fire Office - The oldest fire insurance company in Britain. Founded in 1710. Although nearly all buiness was in the capital (still remembering the losses of the Great Fire), it was active in the surrounding counties, covering both private houses and industrial properties. 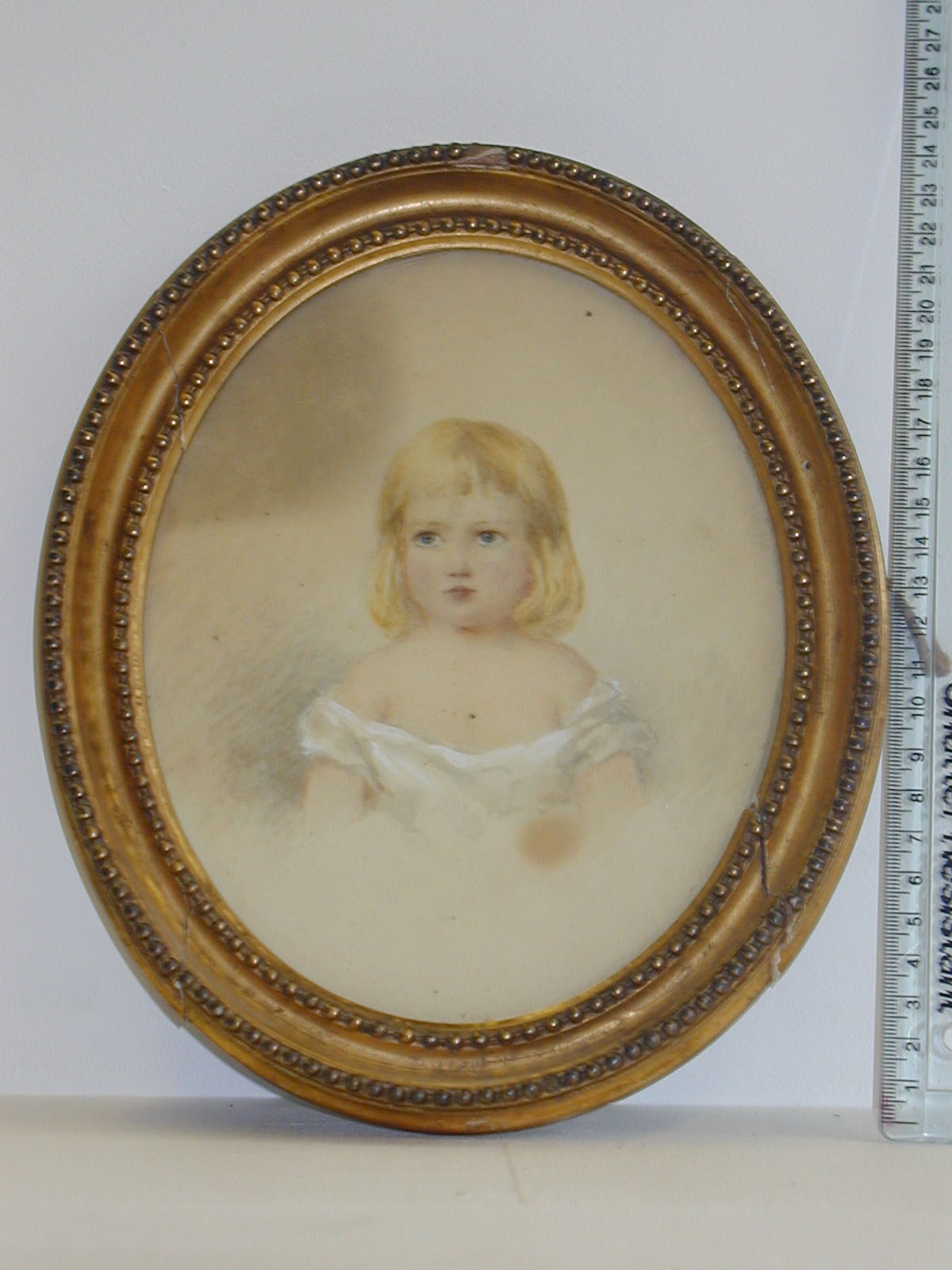 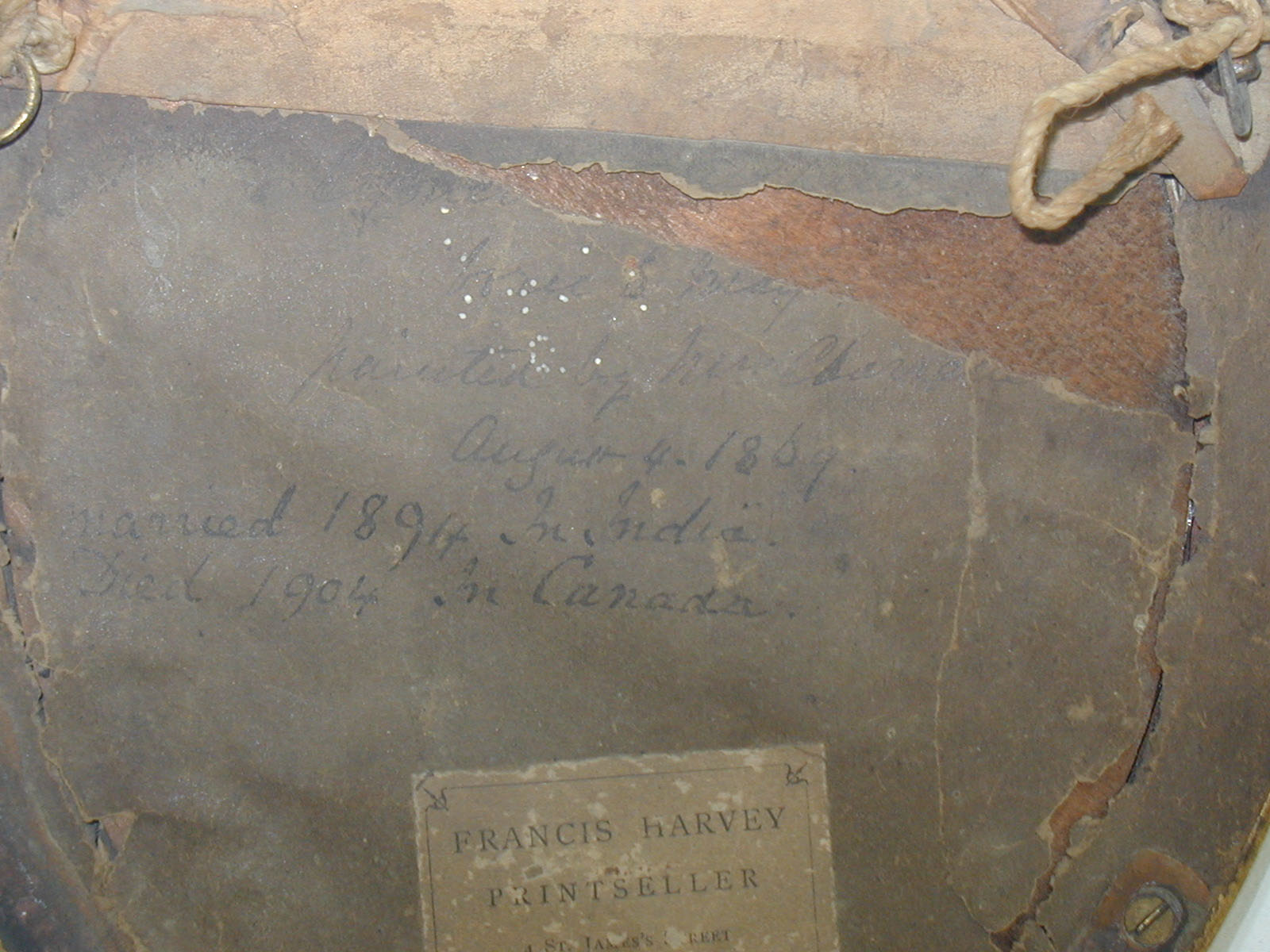