Mary Fanshawe (1651-1693) , daughter of Lucy Walter (mistress to King Charles II) and Henry Bennet, Earl of Arlington and younger sister of the Duke of Monmouth. Because Mary was born while the Court was in exile at the Hague, it is often believed that she is also the child of King Charles II (as was her brother). There is on record an instance of Mary having performed an act of healing for the disease known as the King's Evil (scrofula), once widely believed to be responsive only to a touch from the hand of the sovereign, or sometimes of another person of Royal blood. In 1670 she married William Sarsfield, who died of smallpox in April 1675, leaving her with 3 children: Charlotte, Charles and William. In September of the same year she married William Fanshawe of Great Singleton, Master of Requests to King Charles II. He was the son of John Fanshawe (See no.37) and elder step-brother of John fanshawe, 3rd of Parsloes (See no.43), but Parsloes was not left to him, possibly due to his father not agreeing to his marriage on the grounds that Mary was a Roman Catholic. Mary had five children with William Fanshawe: Charles (b.&d. 1689); Thomas Edward (1691-1726); Ann Dorothy; Lucy Catherine (d. 1705); and Mary (d. 1767). She died in 1693, and is buried at Barking Church. Previously attributed to Sir Godfrey Kneller.

Bust length portrait of a young lady wearing a blue silk gown with a golden brown and white underdress. She is facing the artist and has a tendril of hair hanging over her right shoulder and trailing down her arm. Set on a plain brown background

Charles Jervas (1675 - 1739) Born in Ireland, Charles Jervas studied with Kneller before spending a decade in Italy. He settled in London in 1709 and spent the majority of his career there. In 1723, he became the principal painter to George II. Much of his fame also was owed to his friendship with a number of prominent literary figures that spread praise for his work through their writing. Jervas was also a writer, translating Cervantes’s Don Quixote, published in 1742 after his death. 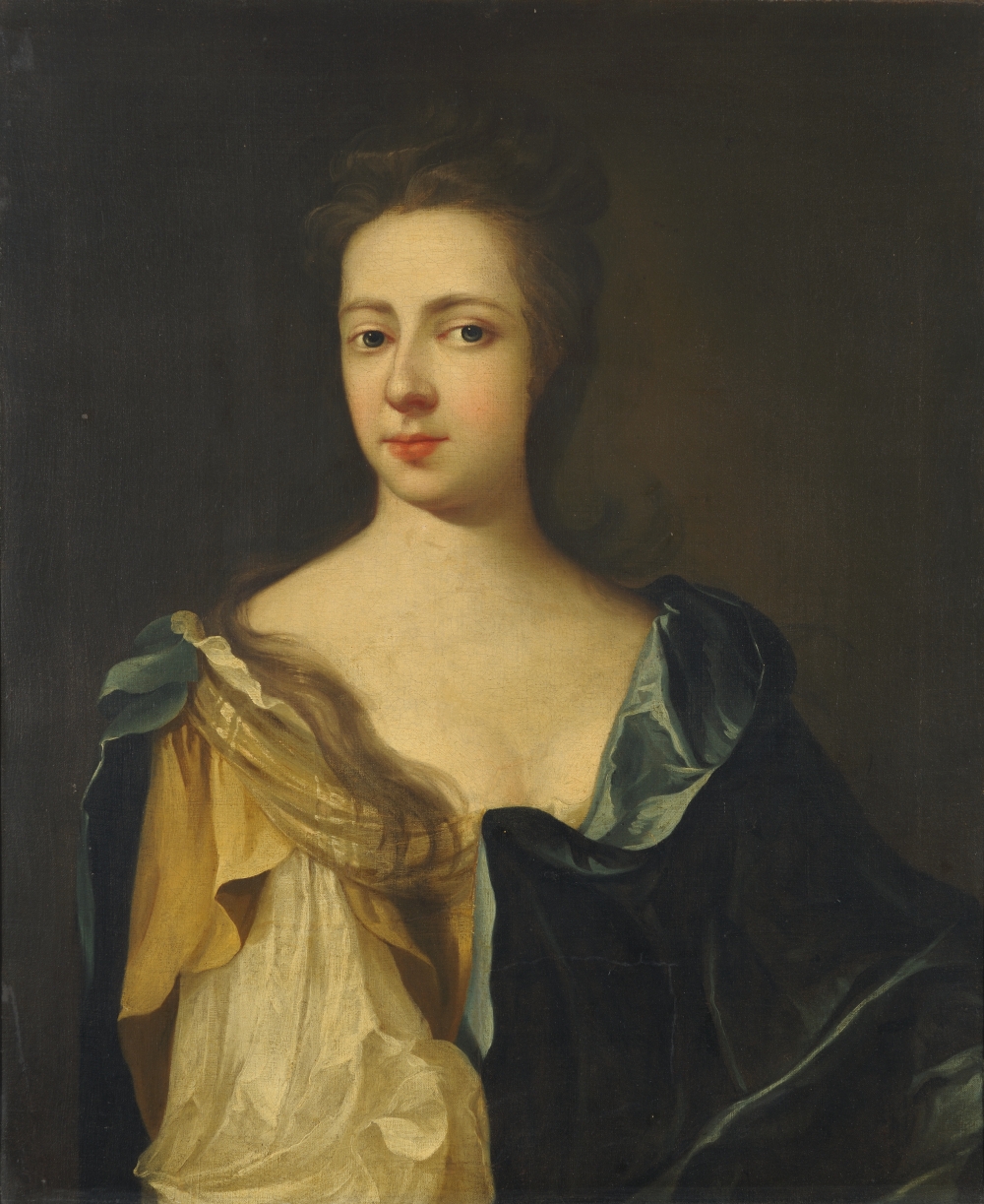