A near identical copy of this portrait is held by the Government Art Collection. This version is by Michael Dahl, and although very similar to the Valence House portrait, distinct differences can be seen, particulalry in the rendering of the facial features. It has been surmised that the GAC version was comissioned by John Fanshawe (LDVAL 44), son of Mary, when Dahl painted his portrait.

A near identical portrait of Mary Fanshawe was discovered at Melbourne Hall in August 2013. Due to its location on display at the top of a stairwell, it is unclear how similar this portrait is to the Valence House portrait. Coindidentally, Lord Kerr (of Melbourne Hall) is a local agent for Sotheby's Auction House.

Bust length portrait of young lady in pale dress with a scooped neckline. There is heavy frilling around the neckline and the dress has large puffed sleeves. She has a dark shawl over her head and shoulders. Her hair is up and decorated. Set on a plain background with a feigned oval mount. 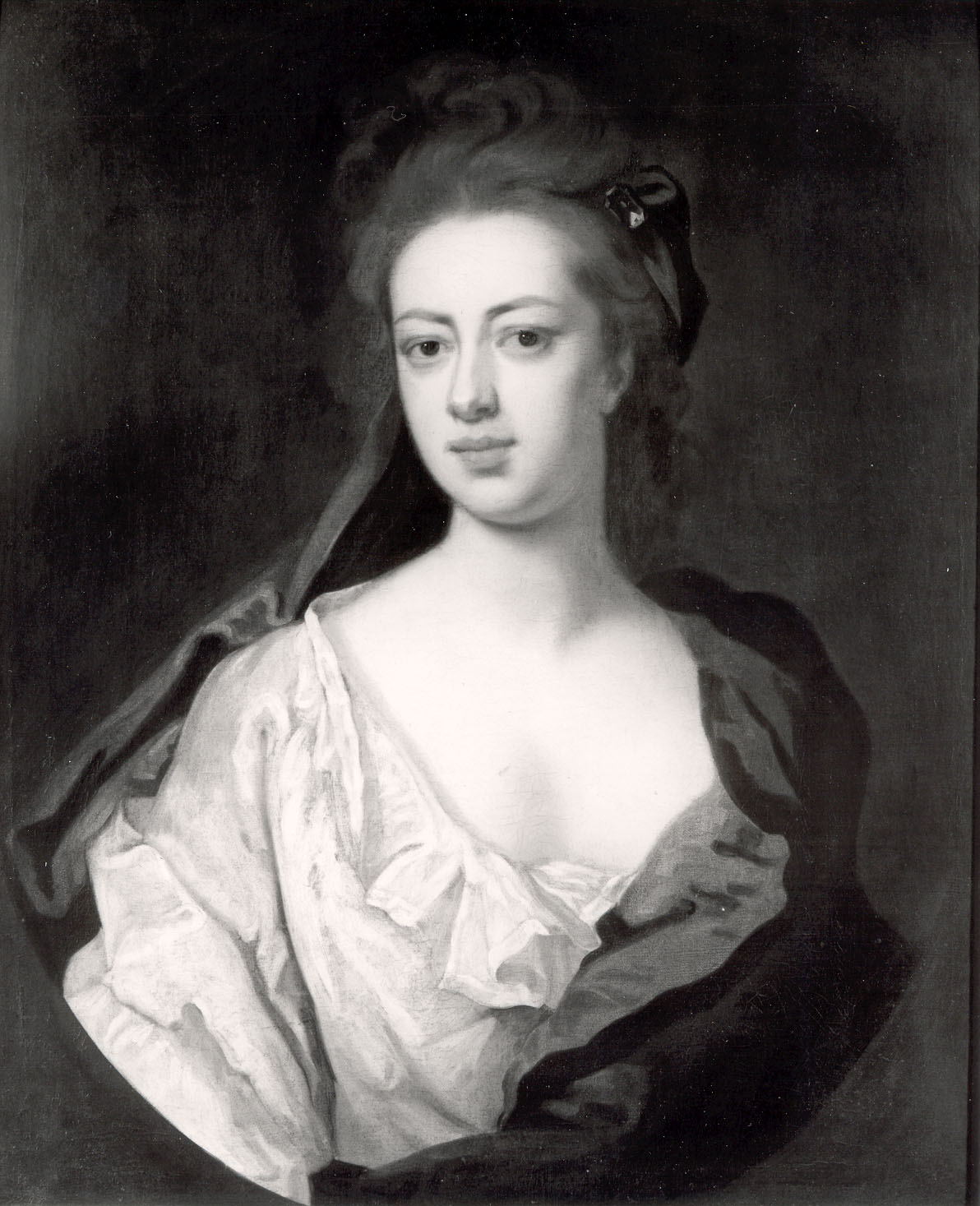