Paper leaflet receipting the medals contained within a box awarded to Mr G. Hagon of Dagenham. ?Campaign Stars, Clasps and Medals istituted in recognition of service in the war of 1939-45?. Leaflet descibes how the following medals should be worn and what they look like: 1939-45 Star; Atlantic Star; Air Crew Europe Star; Africa Star; Pacific Star; Burma Star; Italy Star; France and Germany Star; Defence Medal and War Medal 1939-45.
These medals were awarded to Mr G. Hagon of Alibon Road Dagenham Essex, born 29th November 1903 and died 1970. Mr Hagon worked at the docks and lived in Canning Town, he later moved to Dagenham when his house was bombed. Mr Hagon fought under an unknown infantry and then went on to be involved with Reme Recovery. His bases included the desert, Italy and then finally Germany.

Obverse states the number of medals contained and lists the medals with descriptions in type within a grid. Reverse bears a large red stamp depicting the lion and the unicorn Royal coat of arms for Great Britain. Underneath in type there is a note from the Under- Secretary of State.

Typescript Print Obverse: Campaign Stars, Clasps and Medals/instituted in recognition of service/in world war of 1939-45/Number of stars, medals/clasps or emblems enclosed/6
Typescript Print Reverse: The Under-secretary of State for/ War presents his compliments and/ by Command of th e Army Council/ has the honour of transmit the/enclosed Awards granted for/services during the war of/1939-45. 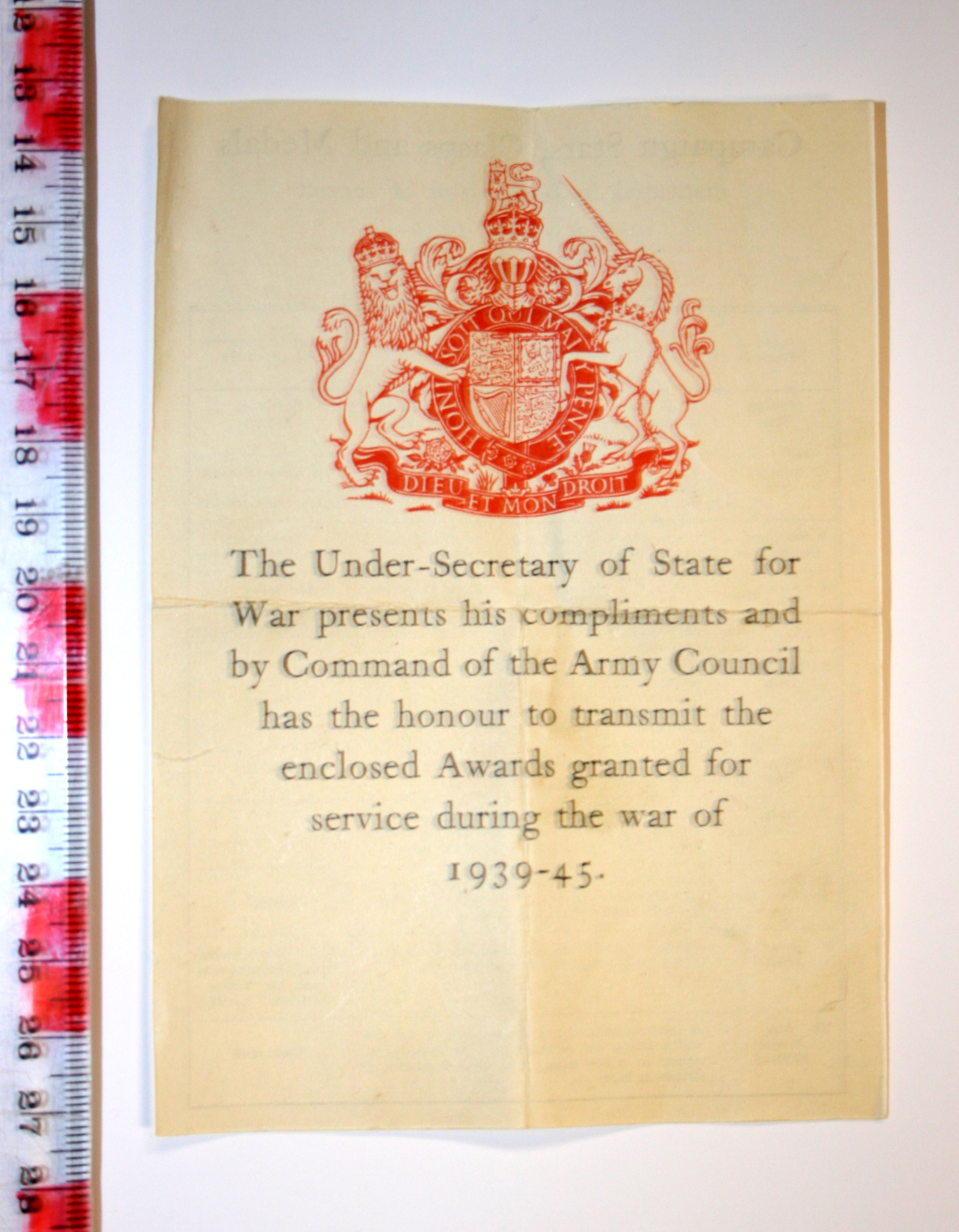 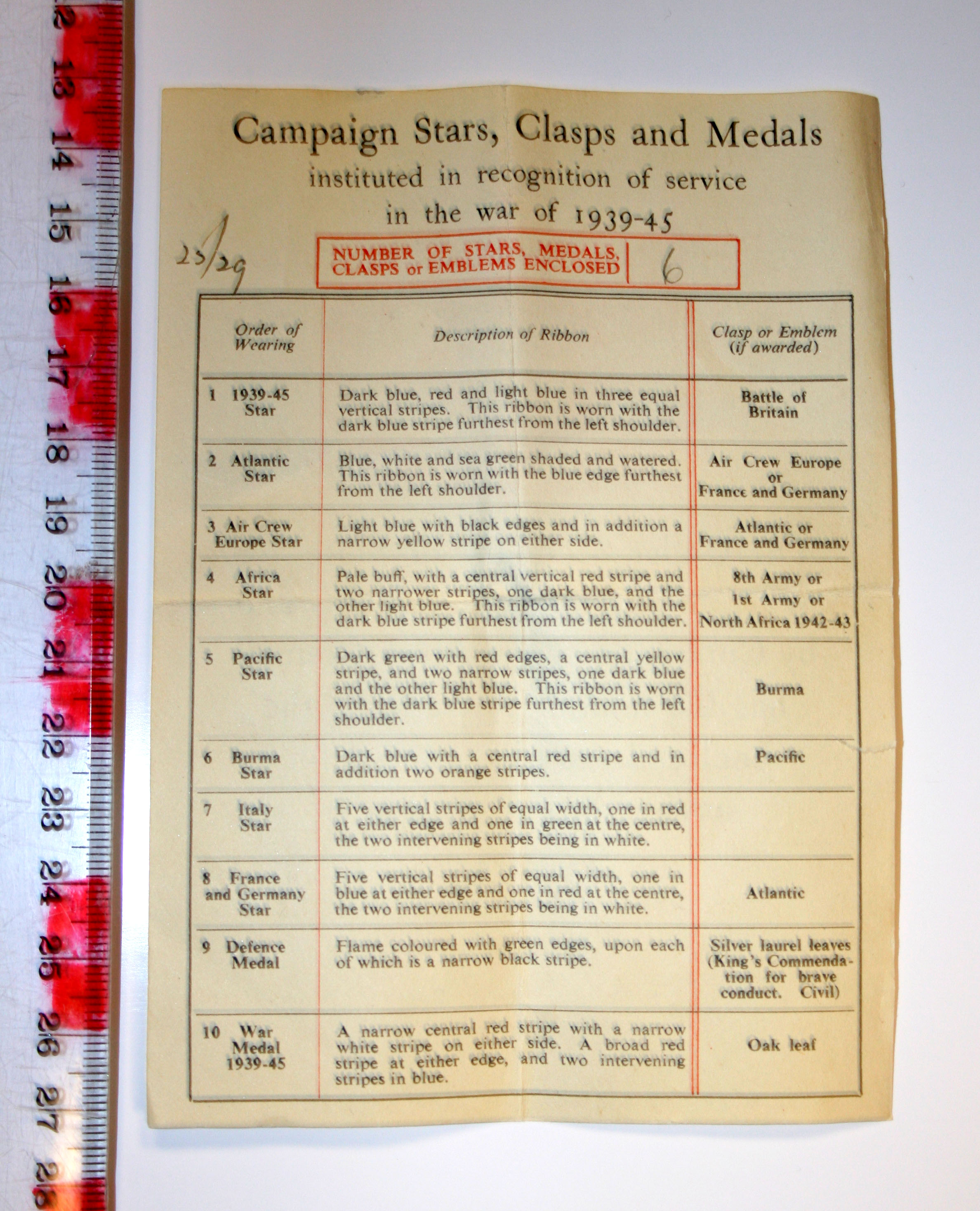