Black and White photograph of Mr V Wakeling with the two awards he received for his work collecting books for the troops in Northern Ireland and Brunei. For 12 years Mr Wakeling spent all his free time collecting books, games and puzzles to be sent to British troops in Brunei and Northern Ireland. He began in 1976 after his brother-in-law returned from a tour of duty with the Air Force and complained how short of books, playing cards, games etc, troops were while serving abroad.

Black and White glossy photograph showing Mr Wakeling holding two tropies. In his right hand is the pewter solder (LDVAL 2006.18.1) that he was presented by the troops in Northern Ireland and in his left hand is the shield given to him by the troops in Brunei. He is standing in front of a plain white wall, and is looking directly at the camera. He is wearing a white shirt. 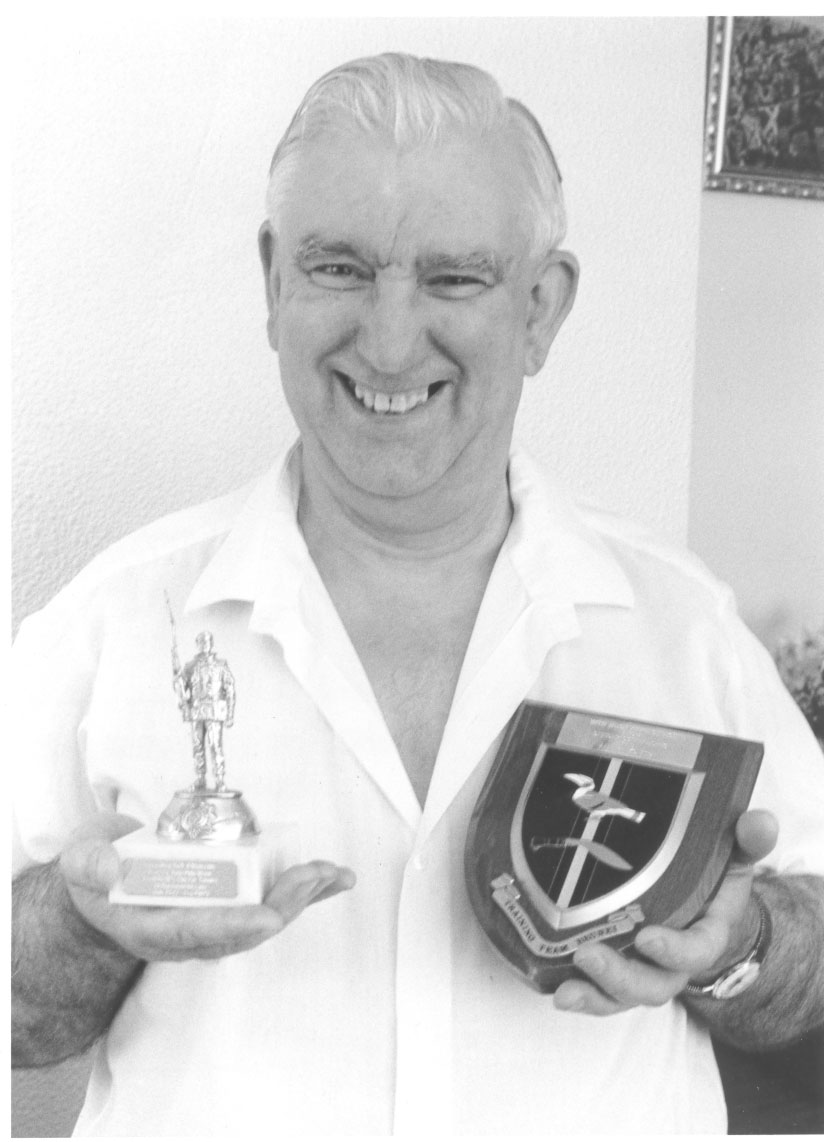