Professional coloured photograph of Victor Wakeling after being presented with his award for his work with the WRVS and the Troops in Northern Ireland, 1977 - 1989.

Coloured photograph of a gentleman holding an award (LDVAL 2006.18.1) in his right hand. He is turned to his right, and is looking directly at the camera. He is wearing a navy double breasted jacket which bears the embroidered insignia of of the 48th Northamptonshire Regiment on the left breast. He also has on a pale blue shirt. He has grey receding hair. The background is white. The photograph is mounted in a brown card wallet with gold embossed decoration on the cover and around the photograph. 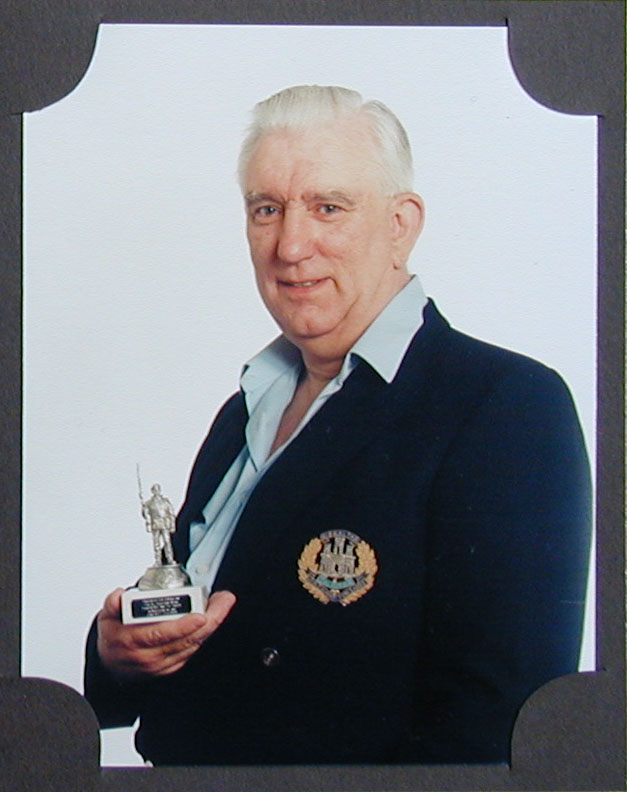 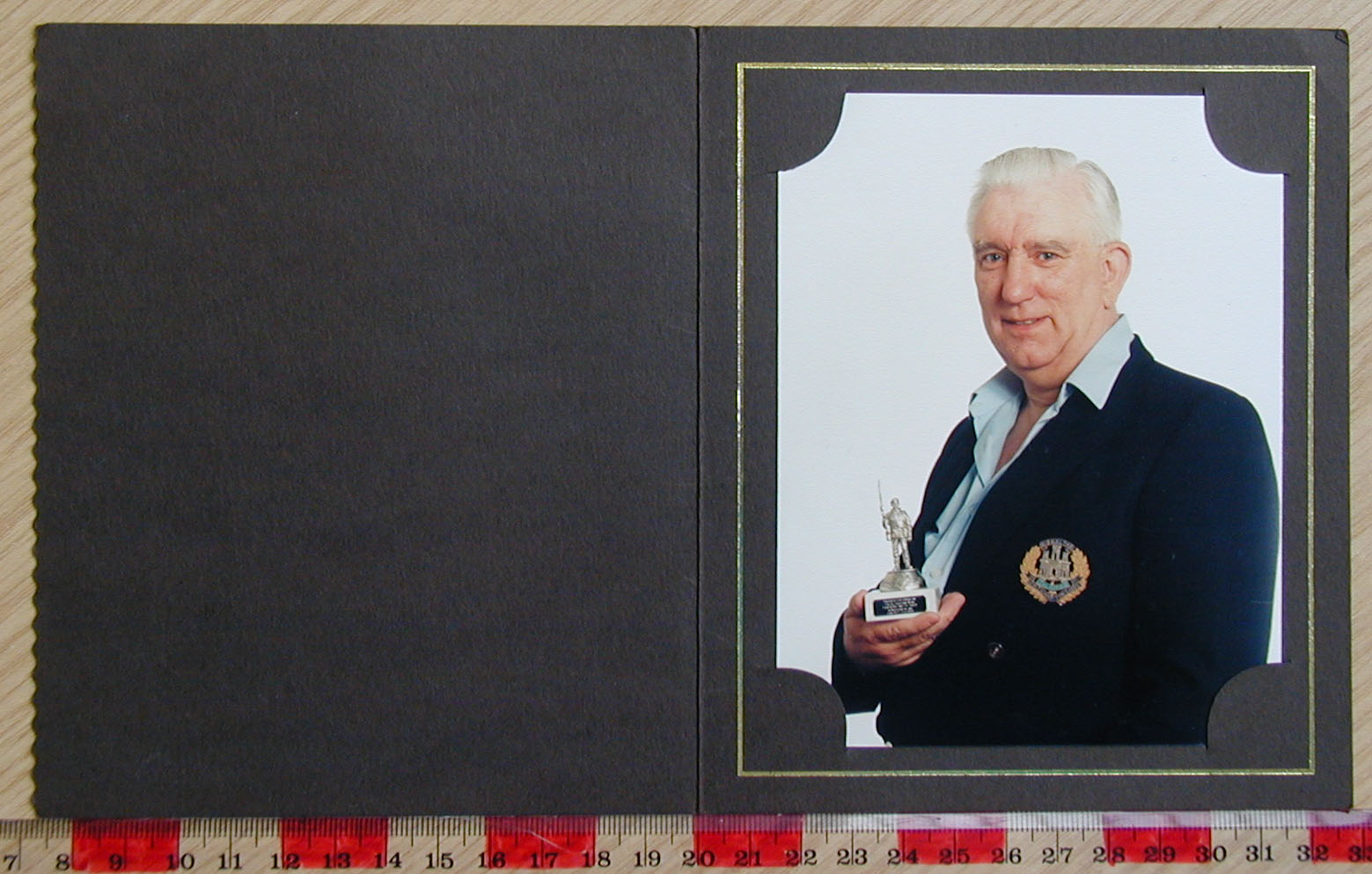 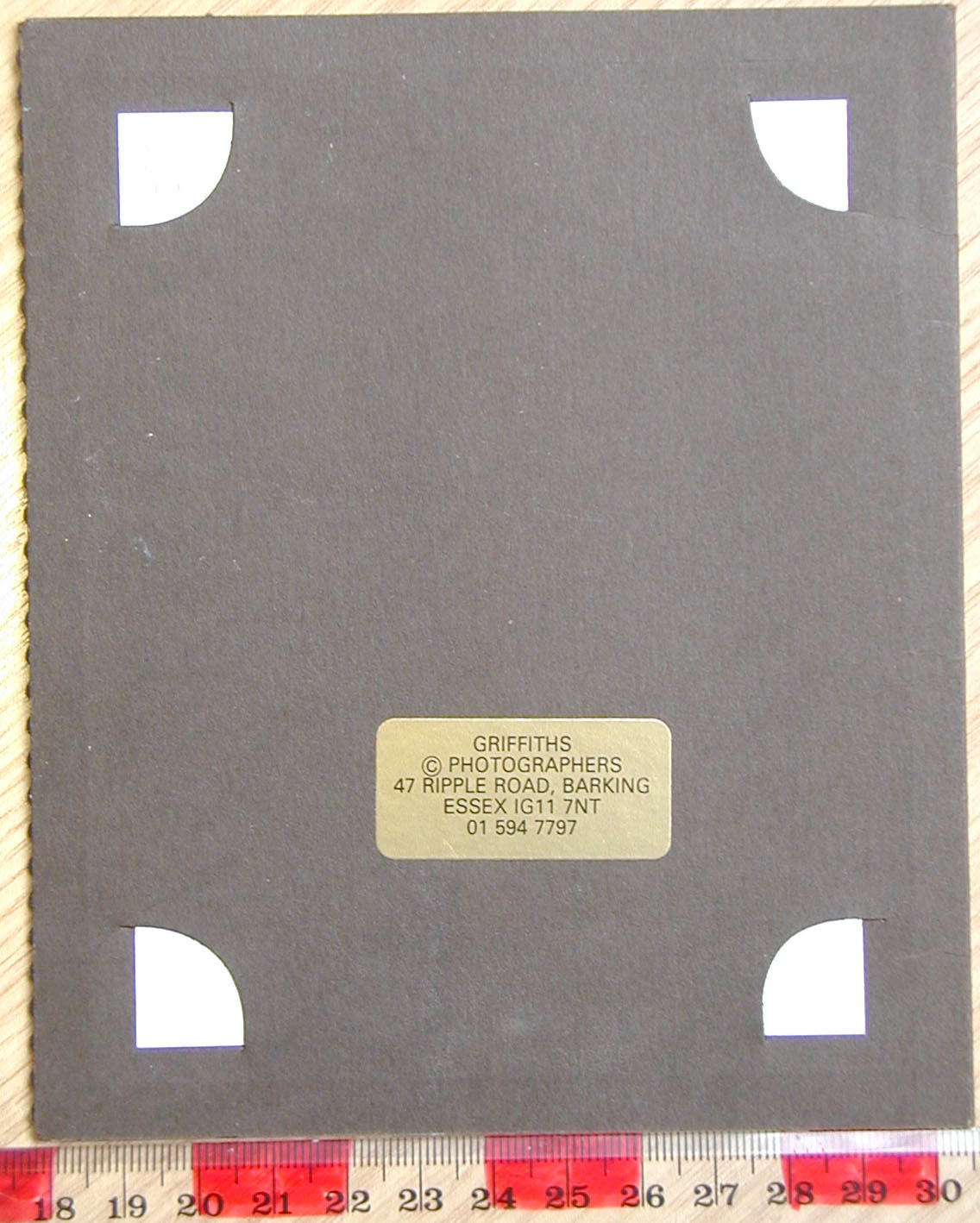 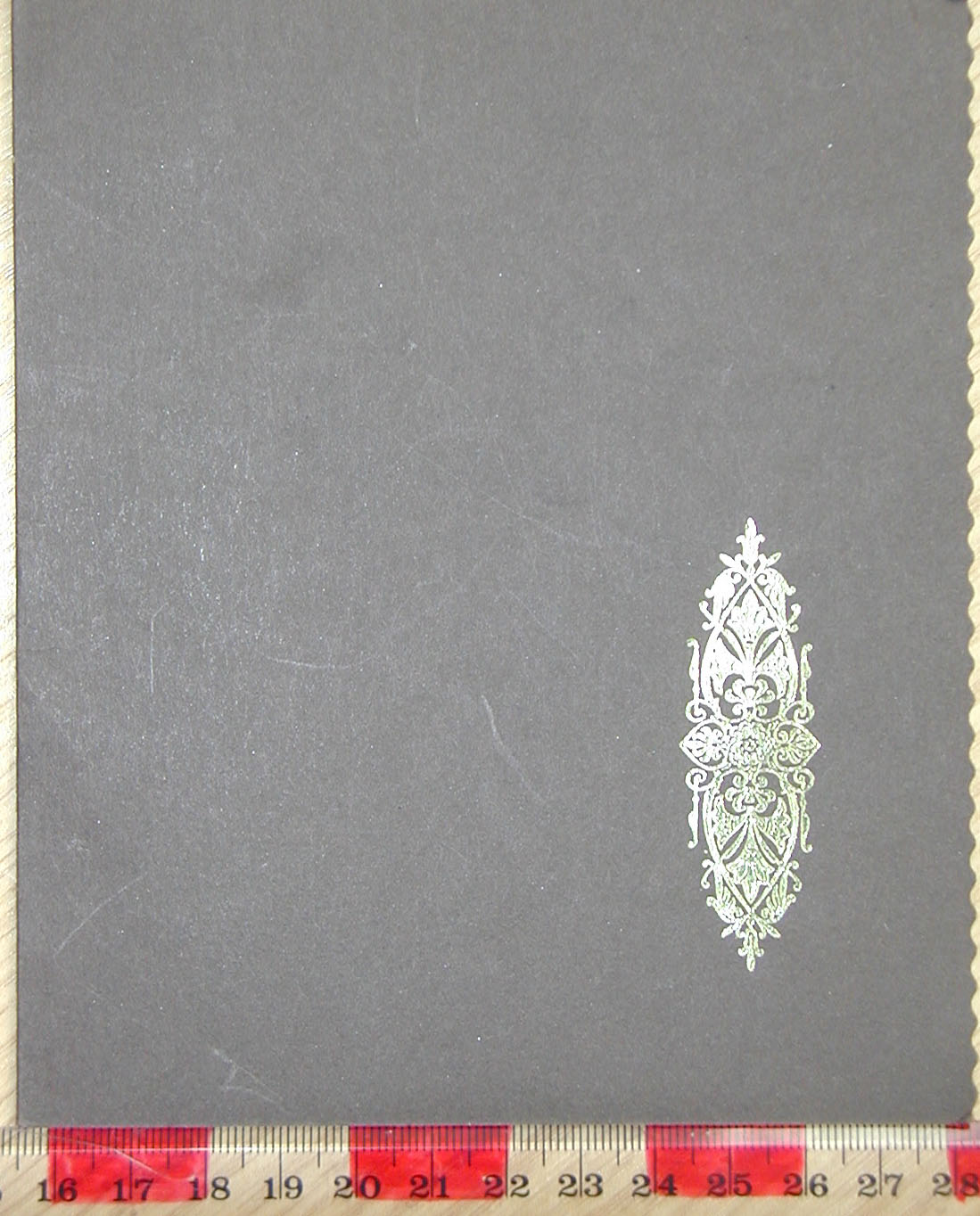