Rear-Admiral Charles Fanshawe (see also no.530) was the youngest son of John Fanshawe, 3rd of Parsloes (see no.43) and his wife Mary Coke (see no. 35). He was born on 26th December, four days after the burial of his father, and was baptized at Dagenham on 7th January. He was sent to school at Westminster from 1708-1713. He was the first Fanshawe to join the Royal Navy, in which a long series of his descendants have since served. He went to sea when he was 14 years old, and gained the commission as third Lieutenant on board the ?Enterprise? in 1720. In 1723 he became a second Lieutenant and a full lieutenant in 1729. In 1732 he was made master and commander of the ?Hawk?, and later the same year he was promoted to command the ?Solebay?. From 1733 he traveled to Newfoundland, Gibraltar, Lisbon and Georgia. He retired from active service in 1742, and five years later was promoted to Rear-Admiral. In 1737 he married Elizabeth Rogers (see no.22) at St. Michael's Church, Cornwood, Devon. They had three sons together: John (1738-1816); Robert (1740-1824) (see no.40); Charles (1742-1814) (see no.21). The portrait was originally thought to be by Thomas Hudson, but this was later dismissed. This portrait was stolen in 1971, and an ?18th Century English School bust-portrait of Admiral Charles Fanshawe? was sold at Bonhams on 27 September 1973, Lot 167.

Bust length portrait of a man wearing a white wig with side rolls and a blue naval uniform with gold braiding on the front and over the side pockets. He also wears a white neckcloth. He is looking to his right but is gesturing to the left with his right arm, which is raised and held across the front of his body, and his hand is held palm up with his index finger pointing. Set on a plain background. 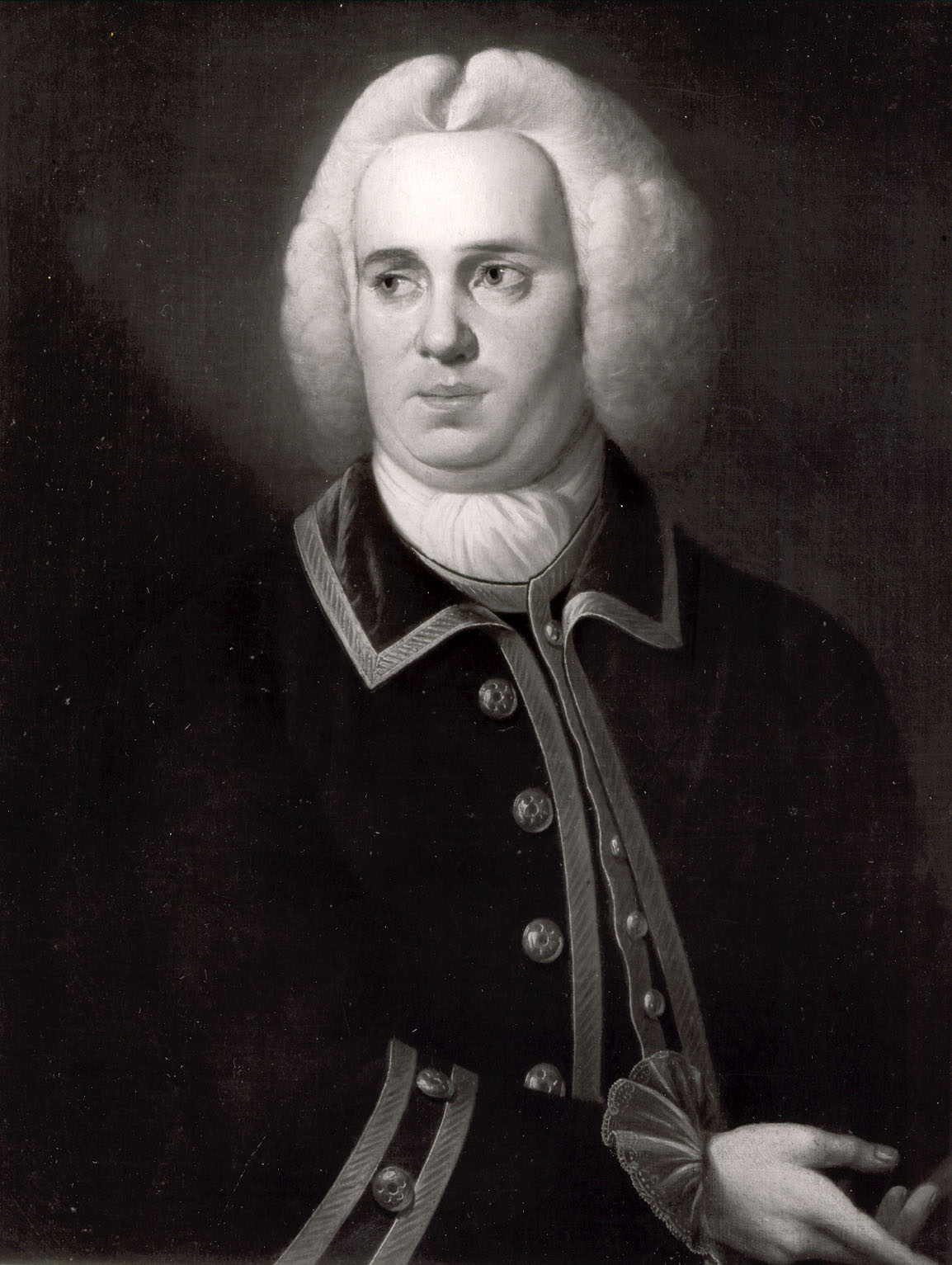