Born at Morlaix in 1646, Simon was the youngest surviving son of Thomas, 1st Viscount Fanshawe (see nos.16&41) and Elizabeth Cockayne. In 1710 he succeeded his brother Charles (see no.3) to become 5th Viscount Fanshawe. He served in the regiments of his half-cousin, Lord Alington, and the Duke of Albermarle. In 1712 a commission was held on the condition of Simon's mental state, but he was not found to be mentally incapable. This action was possible brought about by his sister Katherine, for reasons unknown, as in his will he left her ?one shilling and no more?. In 1714 he purchased a one-third share of Dengy. He died unmarried at King Street, Westminster 23rd October 1716, and with his death the viscountcy became extinct. Portrait stolen 1971.

Half length portrait of a young gentleman turned to his left. He is wearing a plain dark coat with short, elbow length sleeves, below which the voluminous sleeves of his undershirt hang. The coat is open, showing the shirt beneath. He has a layered lace cravat and black cravat strings tied in a bow. He is wearing a fair periwig (which is almost frizzy). Set on a plain dark background.

Biography of John Greenhill (1642–76). English portrait painter and draughtsman. He moved from his native Somerset first to Salisbury, then to London. In 1662 he joined the studio of Peter Lely, whose style he occasionally followed. Greenhill soon established his own studio. His early works consisted chiefly of theatrical drawings of actors as characters, executed in crayons and pastel, such as the portrayal of Joseph Harris as Cardinal Wolsey (Magdalen College, Oxford). Greenhill’s self-portrait, modeled partly on Van Dyck’s self-portrait with a sunflower, dates from the same period (circa 1664, also in Dulwich). Besides these private works he made portraits of such important figures as Seth Ward, Bishop of Salisbury (1673, Salisbury Guildhall) and the philosopher John Locke (circa 1672–1676, National Portrait Gallery, London). Greenhill’s short career was brought to an abrupt end when he tragically drowned in a gutter after a drinking spree. 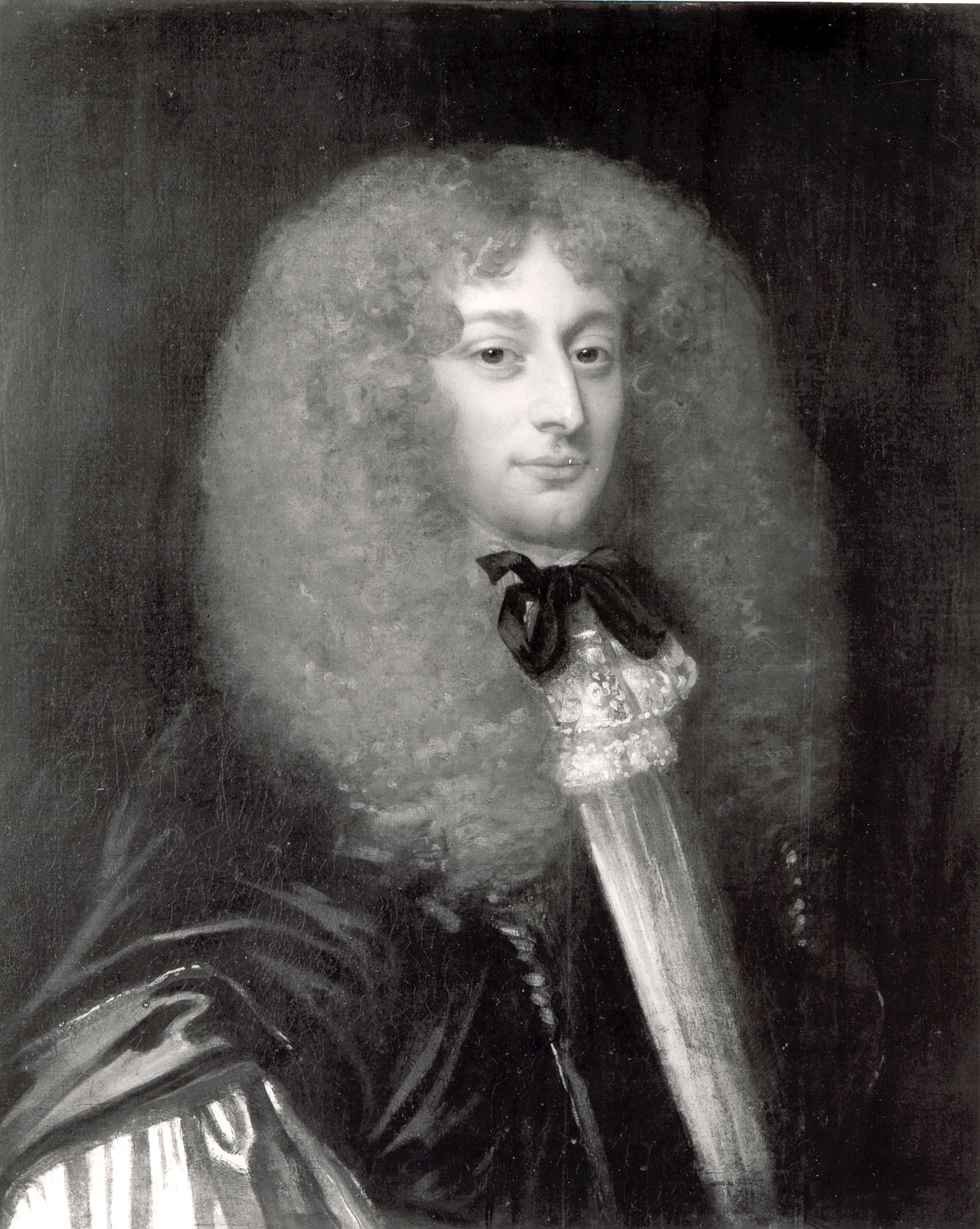