Baptized 23rd April 1604, Sir Simon Fanshawe was the 4th son of Sir Henry Fanshawe and his wife Elizabeth Smythe. He was brother of Thomas, 1st Viscount Fanshawe (see no.16 & 41), Sir Richard Fanshawe (see no.26) and Alice (see no.529). In 1623 he was admitted to Lincolns Inn and appears to have been a clerk in the Remembrancers Office under his brother Richard. He was knighted 11th February 1640 and was taken prisoner in the Civil War, but was later fined and allowed to go to France. He married Katherine Ferrars, widow of Knighton Ferrars, whose daughter Katherine Ferrars (see LDVAL 2004.5.1) later married Thomas, 2nd Viscount Fanshawe (see no.24). He and his wife had one son, Thomas, who was baptized at Ware on 7th July 1641, but who died young. He was described by Ann Fanshawe, in her memoirs, as ?a gallant gentleman, but more of a libertine than any one of his family?. Simon was said to bear a striking resemblance to Oliver Cromwell, which could be explained by the fact that they shared a great-great-grandfather, Sir Thomas Mirfyn of Ely. See also no.33.

Bust length portrait of man turned right. He is wearing a buff coloured Jacket with long sleeves. The jacket is slashed at the front, about a quarter of the way up, through which his white undershirt can be seen. He wears a shoulder-belt over his left shoulder in the same colour as his jacket, which has fur or frayed edges and gold braiding. Over his right shoulder there is a thin red braid which travels under his shoulder-belt and across his body. He also has a linen falling band. He has grey wavy shoulder length hair which is thinning on top and a large red nose and ruddy cheeks. Set on a plain brown background. 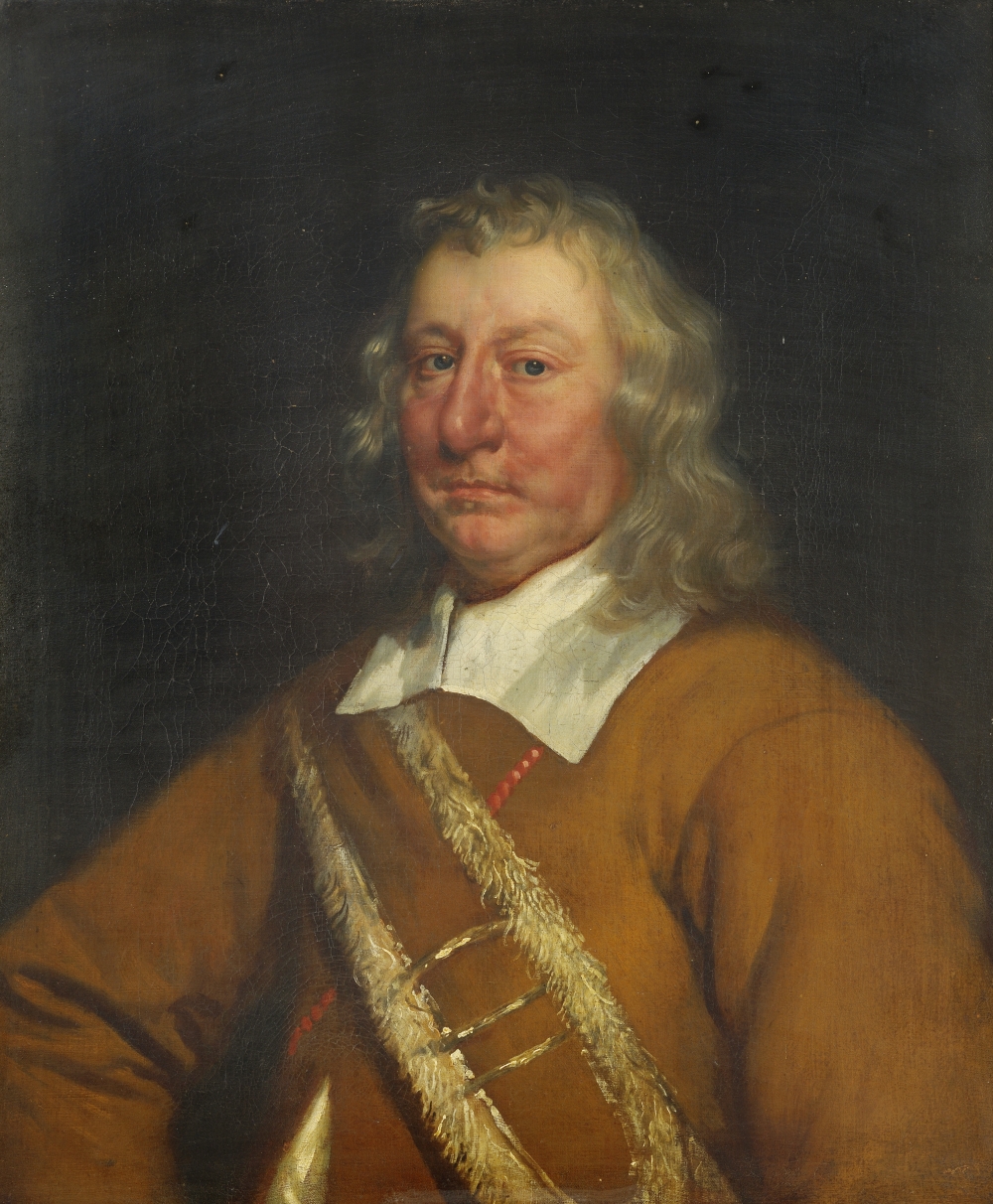