Sir Thomas Fanshawe and his wife, Margaret, only daughter and sole heir of Sir Edward Heath, H.B., of Cottesmore, Rutland. Thomas and Margaret married in 1657 and had one daughter, Susanna (1661-1714), who was Thomas' only child. Thomas and Margaret would have been 32 and 25 years respectively when this picture is considered to have been painted. They were married from a relatives house and apparently without the consent of Margaret's father. However, any disagreements were forgotton upon the birth of her daughter. Thomas was the son of Thomas Fanshawe (1607-1652) and Susanna Otten (1608-1668) (see no.42), and became the fifth and last Fanshawe of Jenkins, Barking and last Lord of the Manor of Barking, which his grandfather has purchased from the Crown on the year of his birth. In 1679 he presented the Elizabethan court and market house, along with five acres of market place and related shops and stalls, to the inhabitants of Barking. He was knighted in 1660. Margaret Heath, affectionately known as Peggy, was born at Verulam House, St Albans on 29th October 1636. Her mother died when she was nine. She attended the execution of King Charles I in 1649. She was twice taken hostage by the parliamentarians and her father was twice imprisioned by them, the second time taken to the Tower where he remained until the restoration. After her death on 26th October 1674 Margaret was buried at Barking on 6th November. This portrait has been described as Sir Thomas (1580-1631) and his wife, grandparents of the above Sir Thomas, who were dead before Lely came to England.

Portrait of two figures. Lady on left sitting, man on right standing. The lady is wearing a silver silk dress with a pink cape just visible over her left shoulder. She has a posy of flowers in her lap and a King Charles spaniel by her side. The man is standing with his left hand on his hip and is clasping his dark jacket at his chest with his right hand. His white silk shirt is visible on his right arm. A landscape is visible behind the lady and columns and curtains are visible behind the man.. 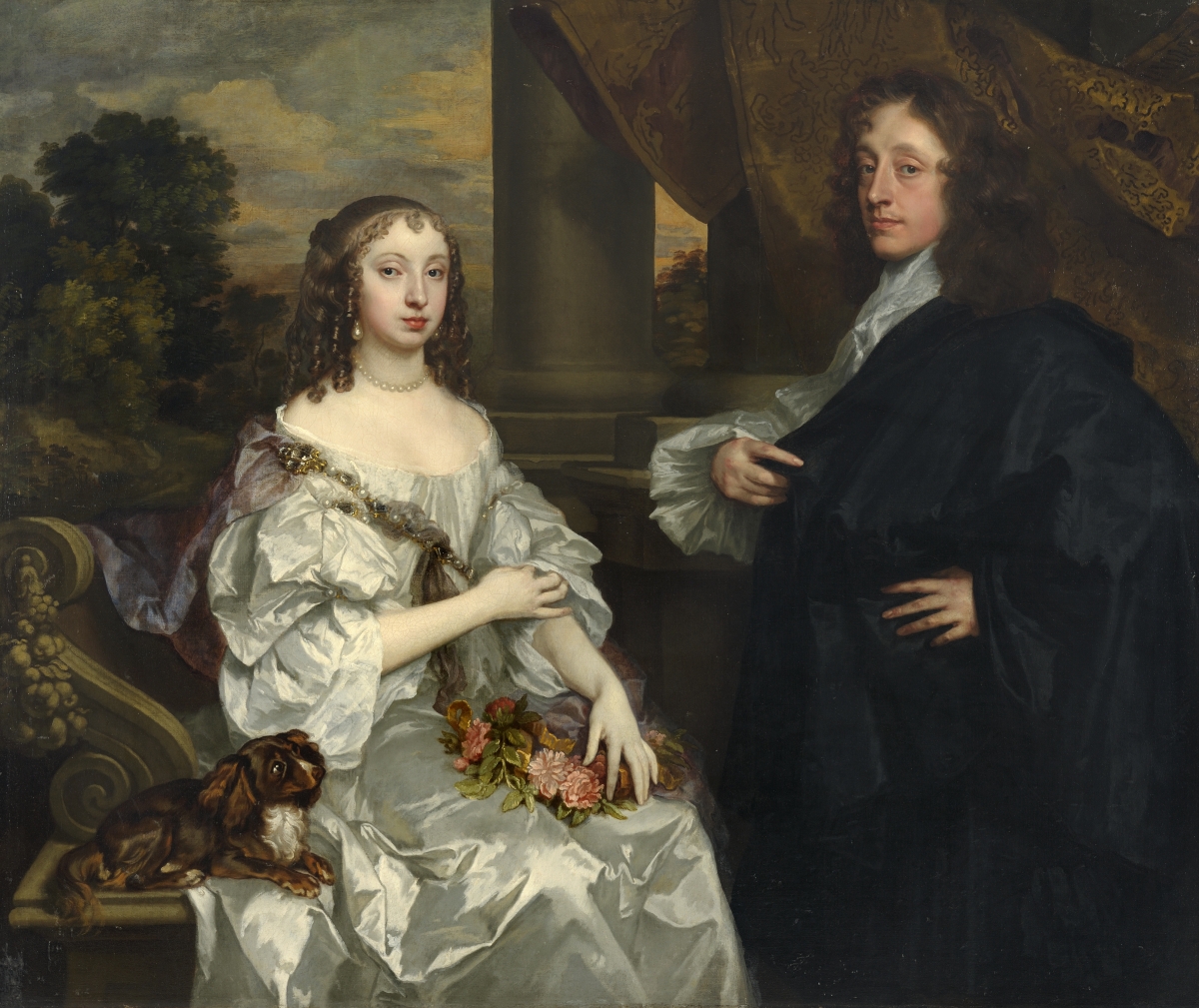