Bust length portrait of a lady turned slightly to her right. She is wearing a yellow/orange silk dress with slashed sleeves that show her white chemise. The dress has a wide scooped neckline that is decorated with swags of brown silk and strings of pearls twisted together. Her brown hair is dressed up on the back of her head, with loose ringlets falling around her face and on her shoulders. She is wearing a string of pearls around her neck and pearl drop earrings. Set on a brown background within a feigned oval mount. 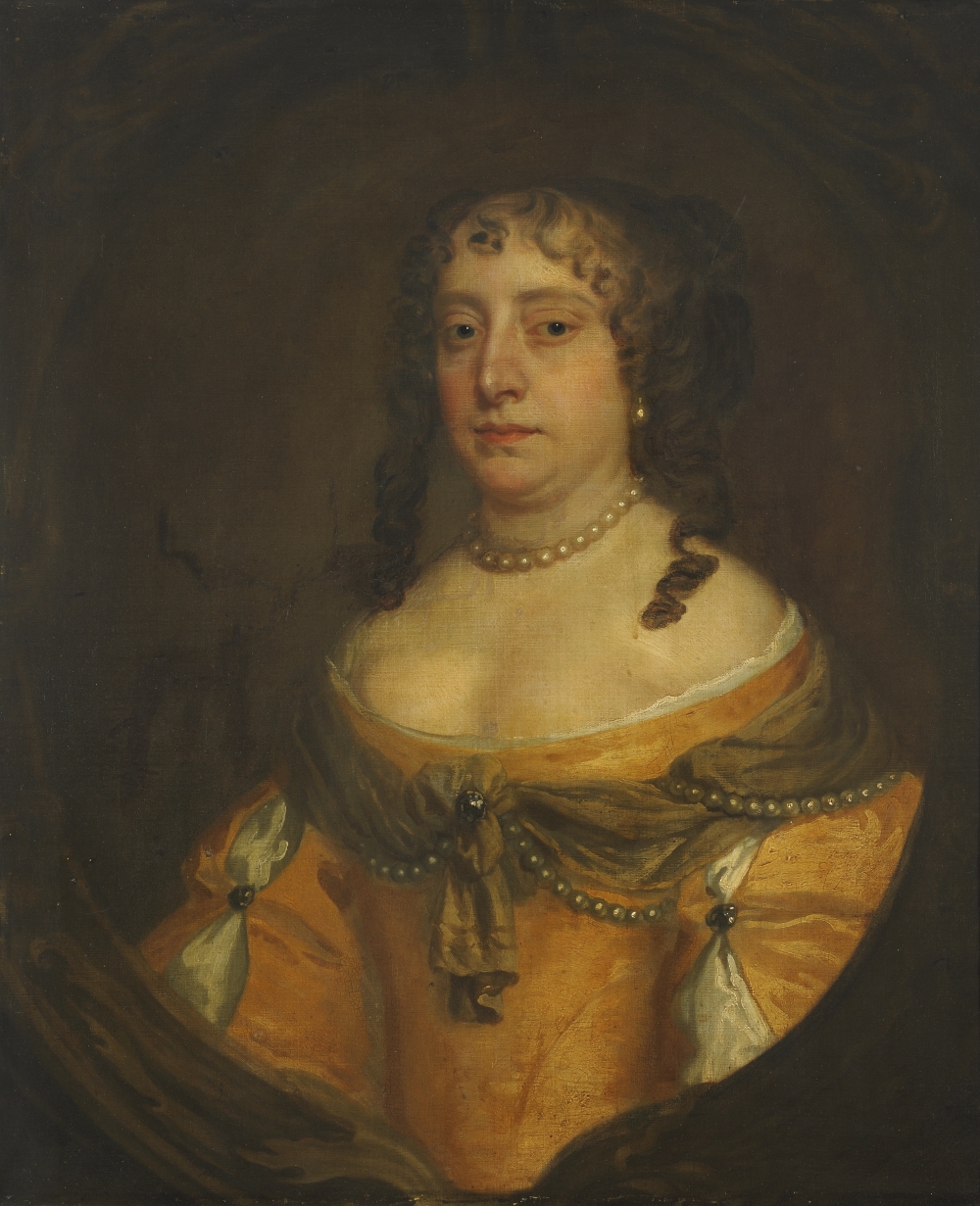