Three quarter length portrait of a sitting older lady. She is turned to her left with her right hand on her lap and with her left arm resting on a table, leaning her head on her left hand.

Johann Zoffany, or Zauffelij (b. March 13, 1733 – November 11, 1810) was born in Frankfurt. He came to Britain to enjoy the patronage of the royal family. Zoffany was favoured by British King George III and Queen Charlotte, painting them in charmingly informal scenes — including one, ?Queen Charlotte and Her Two Eldest Children? (1764), in which the queen is with her children in her dressing room. He was also noted for his portraits of prominent actors and actress in the roles they played, as in his ?Garrick as Hamlet? and ?Garrick as King Lear?. This genre is sometimes known as the ?theatrical conversation piece,? a sub-set of the ?conversation piece? genre that rose with the middle class in the eighteenth century. In the later part of his life, Zoffany became especially noted for producing huge paintings with large casts of people and objets d'art, all readily recognizable. He remained in Britain, and died at Strand-on-the-Green. (Wikipedia) 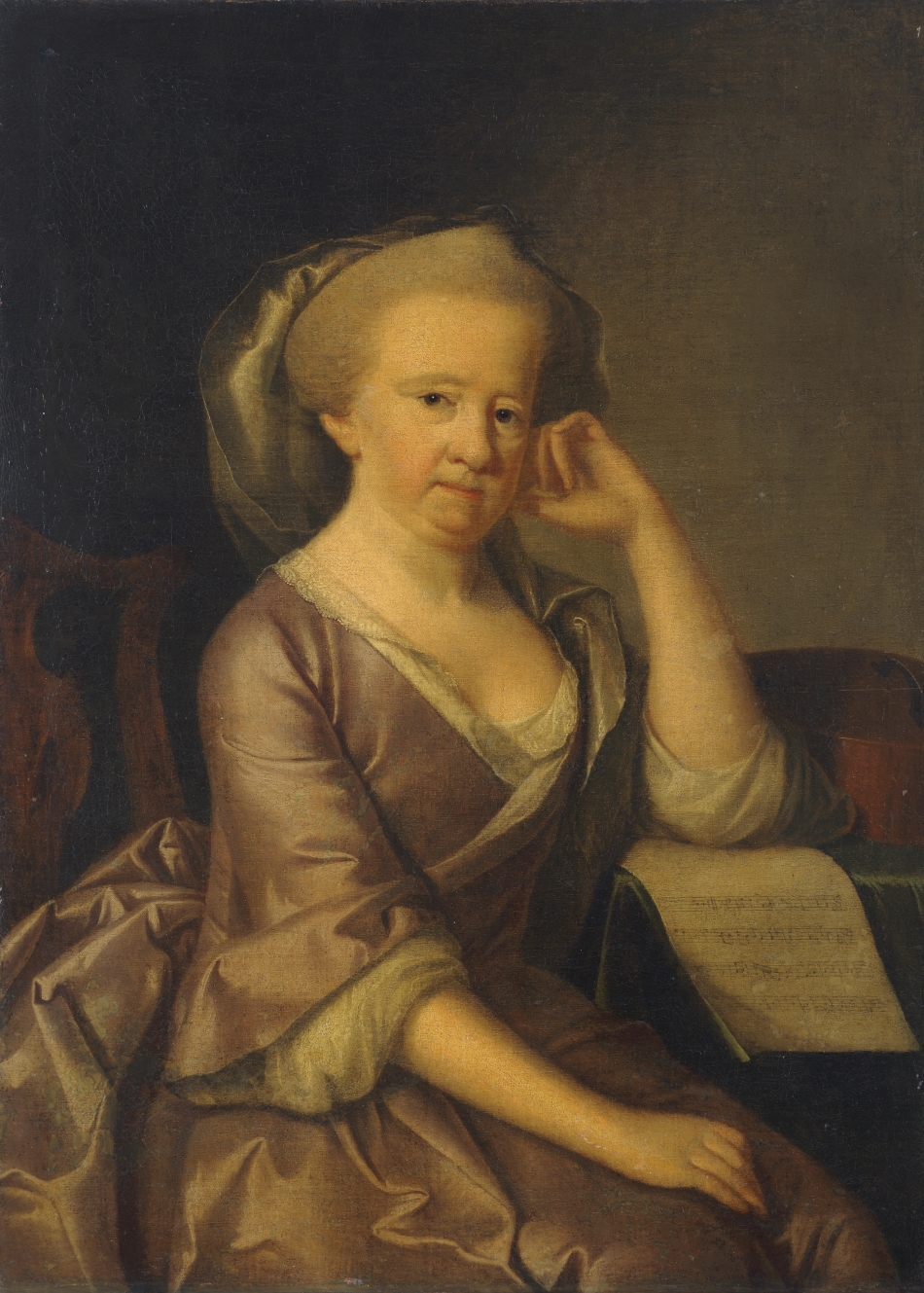