The Dagenham Girl Pipers on tour

Small vinyl record with green and silver label in the centre. Held in original card sleeve which shows a coloured image of the Dagenham Girl Pipers in full costume, standing in a line. Printed throughout with pink and blue text.

Taken from reverse of record sleeve: IT ALL BEGAN IN 1930, in the village of Dagenham, when the Rev. J.W. Graves (B.D.)selected twelve little girls from his Sunday School class and formed a bagpipe band. The lassies were all 11 years old. In addition to learning their instruments, they received instruction in Highland dancing. After 18 months of almost constant practice, the Dagenham girls presented a private concert to an audience comprised exclusively of news- paper reporters. That, as they say, did it. All over England, and Scotland, and Wales – and even Ireland – more than 100 newspapers blazed the story of the Essex Sunday School Kiddies, and the excitement of having the first All-female bagpipe band in the United Kingdom. Success was instantaneous. London “adopted” the group. And then came great and triumphant tours of the Continent. In 1937, the Dagenham Lassies imperti- nently piped Tipperary for the benefit of Adolf Hitler outside the German Chancellery. They toured Scandi- navia. During World War II, as small group from within the band played concerts for three years in Egypt, Palestine, Syria, Lebanon, Tunisia and Tripoli. They arrived in Cairo the very day that the Battle of El Alamein commenced (and later, they enjoyed piping for General Mongomery himself). After the war, the entire Dagenham contingent appeared in the U.S.A., in concert and on television. In 1954, in Sydney, they excitedly piped and acted as Guard of Honour to H.M. the Queen and H.R.H. the Duke of Edinburgh, then visiting Australia. At home, their success has been extraordinary. For 18 months they appeared at the London Palladium. No less than 14 visits were made to the Royal Albert Hall in a single year. The girls took part in two Royal Command Variety performances, and frequently appear on BBC radio and television programmes. They have appeared in top British motion pictures, and have, marched at exhibitions and trade fairs all over Europe. 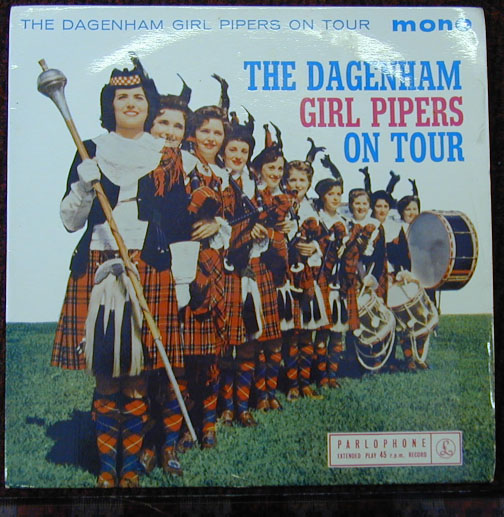 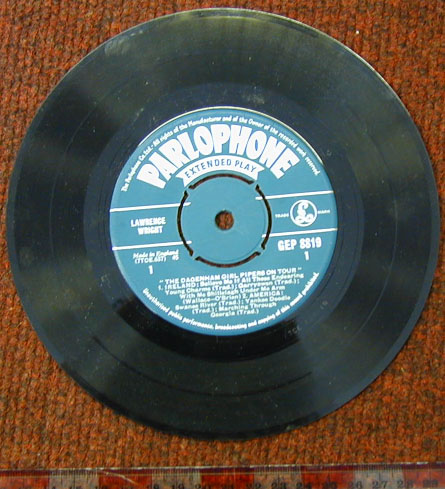