Thomas Fanshawe was the son of John Fanshawe and his wife Margaret Eyre. After leaving Jesus College, Cambridge, he joined his uncle Henry's (See no.7) household and began his career in the Exchequer. He became the protégé of his uncle (he had no sons of his own) and succeeded him as Queen's Remembrancer in 1568. He was admitted to the Middle Temple in 1570 and was elected M.P. for Arundel in 1572, 1584, 1588 and 1593, and for Much Wenlock in 1597/8. To the properties conveyed to him by his uncle, Thomas added the manor of Westbury, Barking, the freehold of Ilford Leper Hospital, and the manor of Ware Park, Herts. His book ?The Practice of the Exchequer? is the chief authority for all that is known today about the office in the time of Elizabeth I. In 1566 he married Mary Bourchier, with whom he had two sons: Henry (1569-1616) and Walter (1574-1593). He married his second wife, Joan Smythe in 1578. Together they had five children: Thomas (1580-1631); Alse (1581-1640); William (1583-1635) (See no.45); Margaret (1591-1658). This portrait was purchased by the Fanshawe family (along with no.7) in 1929, from Prince Charles Louis of Habsburg Lorraine Bourbon, of Woodland Park, Loose, Kent, to whom it was bequeathed by the Archduke Franz Ferdinand of Austria-Hungary.

Dark picture of a man, turned slightly to his right, wearing a dark tunic/gown, with large puffed sleeves, fastened to the top and a black beaver hat. Also has an Elizabethan neck and wrist ruffs. Holds scroll of paper in his right hand, and wears a diamond ring on the little finger of his left hand. He has a fair short beard and moustache. Top of red chair just visible over his left shoulder. This chair is very similar to the one of ?a woman in red 1620? at the Tate.

Conservation work undertaken in 2009 by Dr. Clare Finn showed that the attribution inscription at top right of the portrait was a later addition. Also that part of the inscription at top left was also ammended at a later date, due to the width of the panel on which they are painted being reduced. This could explain why the date and age never corrsponded with the facts. Part of the original inscrition was lost and the details repainted incorrectly. 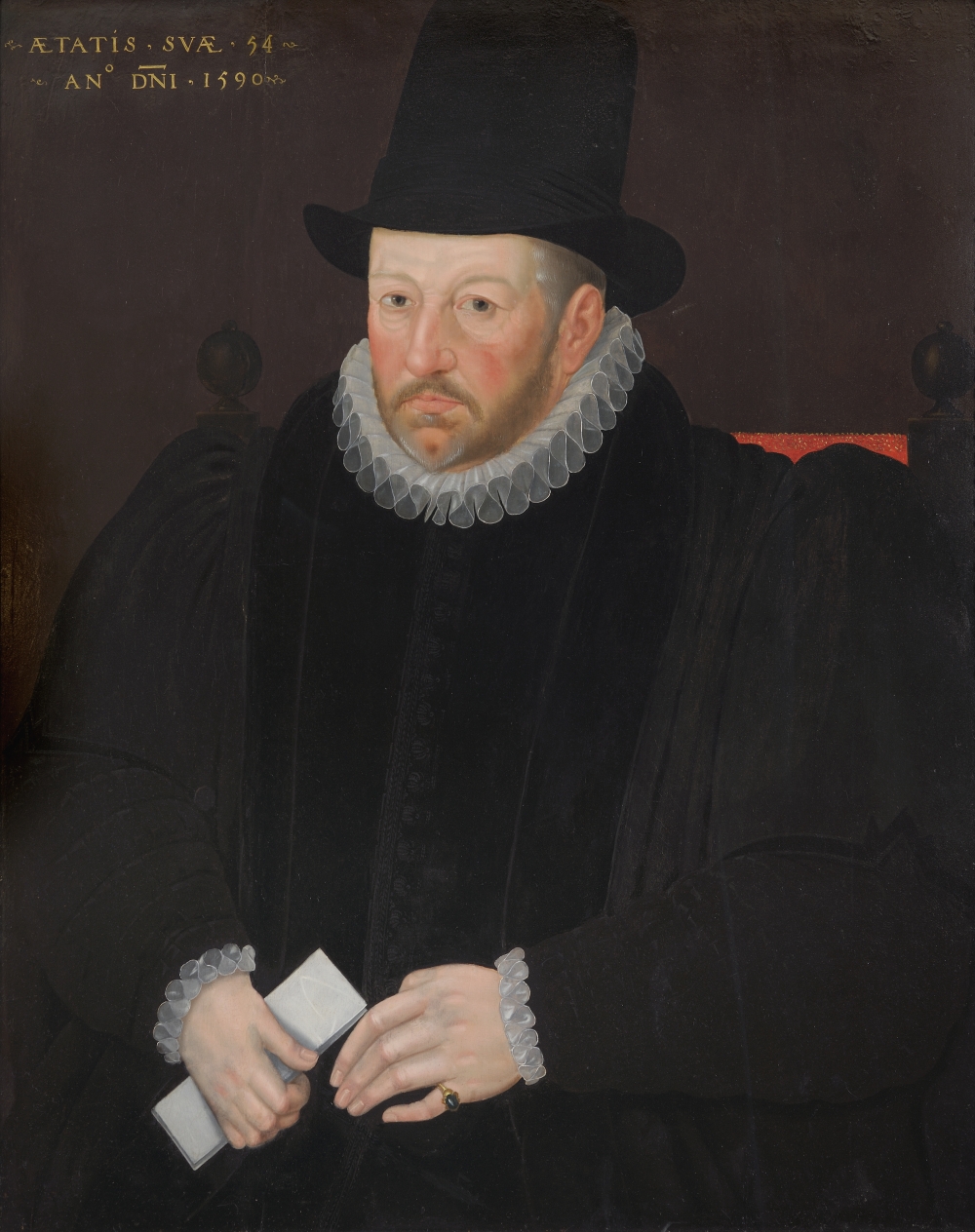