Previously described as a portrait of Thomas K.B., 1st Viscount Fanshawe of Dromore (1596-1665) (See no. 41 & 16) with his 2nd wife Elizabeth Cockayne (1609-1667). Now thought to be his daughter Elizabeth (1641-1729) and her husband Sir Thomas Fanshawe of Jenkins (1628-1705) (See nos. 5&10). This deduction has been made from dating of the clothing, the resemblance of the sitter to the two other portraits of Sir Thomas Fanshawe of Jenkins, and the inclusion of the Cavalier King Charles Spaniel in both pictures, a breed of dog that reached its height of popularity during the reign of King Charles II, who was so fond of his spaniels he could not be parted from them. He made a decree that King Charles Spaniels must be allowed in any public place, including the House of Parliament. This decree is still in the law books today. This fact means that the date of the previous painting is too early to include this dog. Sir Thomas and Elizabeth were married sometime after spring 1682. They had no children, and upon Thomas' death in 1705 he left his wife £400 a year in his will and left Jenkins to the son of his cousin. He was buried at Barking on 5th April 1705, as was his wife on 29th December 1729. Thomas and Elizabeth shared the same greatgrandfather, Thomas 2nd Remembrancer, although they had different greatgrandmothers. Elizabeth Fanshawe was the last of her generation and of the Ware and Jenkins branches of the Fanshawe Family.

A full size version of this painting was dicovered at Melbourne Hall, Derbyshire (the ancestral home of the Coke family) in July 2013. The Melbourne painting is believed to show the Earl and Countess of Chesterfield and is by Sir Peter Lely. Their daughter, Lady Mary Stanhope married, in 1698, the Rt. Hon. Thomas Coke (1675-1727). Thomas Coke is the grandson of Mary Leventhorpe (LDVAL 30) and brother of Mary (LDVAL ) and Elizabeth (LDVAL 34) Coke. Following an inspection of the Melbourne Hall painting in August 2013, it has been surmised that LDVAL 2004.5.2 is, in fact, a reproduction on the Melbourne painting, and does not show members of the Fanshawe family. The reproduction must have entered into Fanshawe ownership through the connection with the Coke family and has subsequently been mis-identified as being of members of the Fanshawe family.

There is a striking similarity between this portrait and Lely's 1667 portrait of the Duke and Duchess of Lauderdale. View this portrait at http://images.google.co.uk/imgres?imgurl=http://www.kipar.org/period-galleries/paintings/1660/lauderdale.jpg&imgrefurl=http://www.kipar.org/period-galleries/galleries_1660p.html&h=600&w=762&sz=91&hl=en&start=1&um=1&tbnid=3P8e6sesvFC66M:&tbnh=112&tbnw=142&prev=/images%3Fq%3Dduke%2Band%2Bduchess%2Bof%2Blauderdale%2Blely%26svnum%3D10%26um%3D1%26hl%3Den%26sa%3DN and http://images.google.co.uk/imgres?imgurl=http://www.nationaltrust.org.uk/main/w-hamhouse-painting-lauderdales&imgrefurl=http://www.nationaltrust.org.uk/main/w-vh/w-visits/w-findaplace/w-hamhouse/w-hamhouse-history.htm&h=164&w=200&sz=11&hl=en&start=3&um=1&tbnid=aGxV4xz0S7FpyM:&tbnh=85&tbnw=104&prev=/images%3Fq%3Dduke%2Band%2Bduchess%2Bof%2Blauderdale%2Blely%26svnum%3D10%26um%3D1%26hl%3Den%26sa%3DN 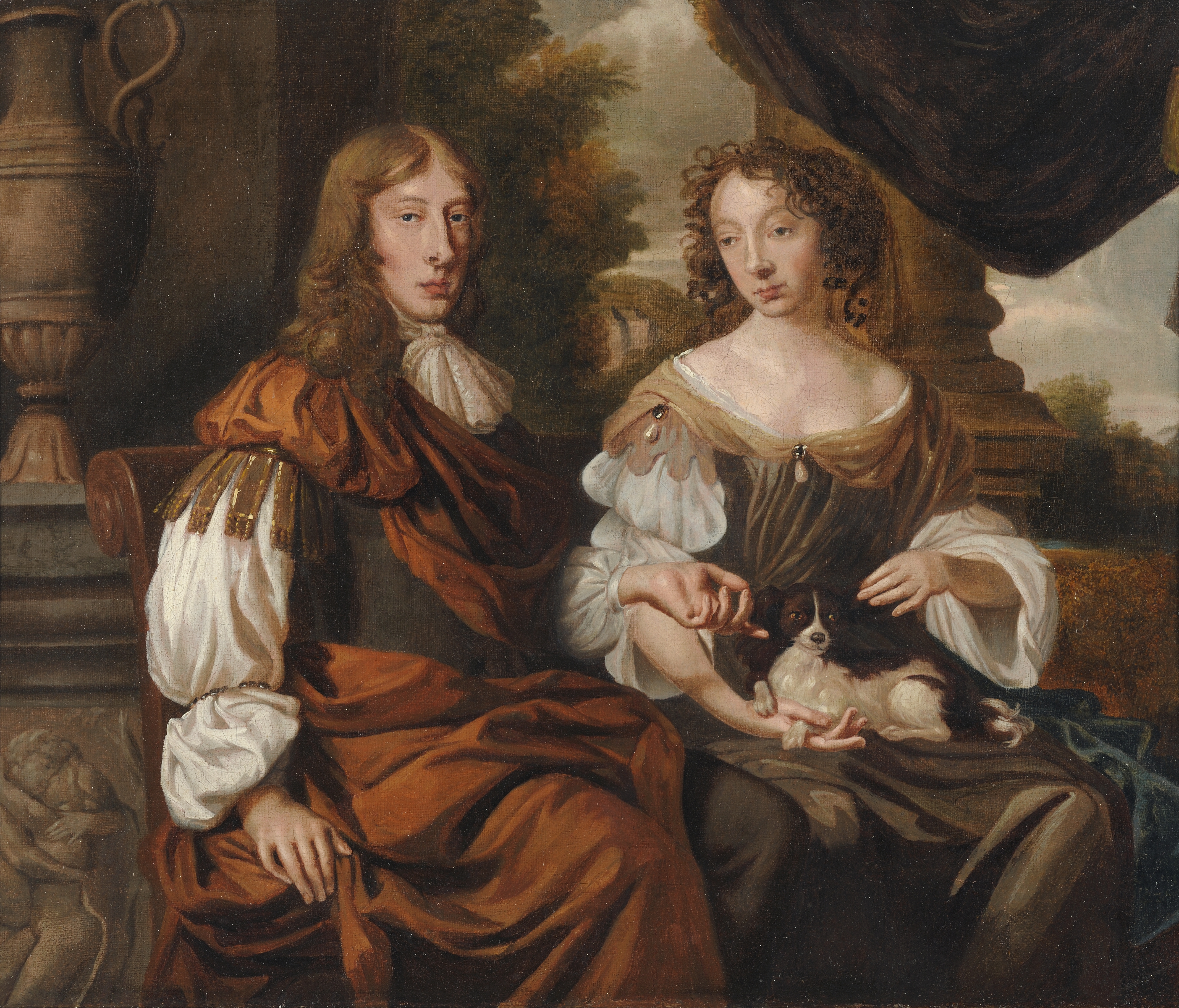