Black and white print of an ink and wash drawing of a parade of shops known as the Village Stores in Upney Lane, Barking. The businesses here comprised a butchers called Campbell, King and Co., a newsagents run by a lady known as Ma Cackett and a greengrocers run by the Holms family. The donors father was Mr King of Campbell, King and Co. His father went into partnership with the owner of the butchers shop, Mr Campbell, in 1947 after leaving his employ with J. Sainsburys in Surrey. Mr Campbell died shortly after Mr King's arrival, but the name of the shop remained the same. Eventually, Mr King sold the business to an off-license chain and relocated his business to The Drive, Barking. Until that point the three businesses served the community within the area of Upney Lane to Longbridge Road and to the west of Mayesbrook Park. The print is mounted on board and is possible taken from a book. Accompanied by a typed letter detailing the history of the shops portrayed in the image and their connecting with the King family.

Black and white drawing of a long building with wooden strut decoration on its upper floors. The lower section have been unevenly divided into three sections, each comprising its own shop. The first shop has its fabric canopy pulled out as does the third, which has two canopys with The Upney Fruit Stores stenciled on them. To the left of the building is parked a small van used to deliver the butchers orders, and beside this is a tree. In front of the building runs a short, low wall, behind which is a postbox. An empty road passes in front of the shops.

Transcript of the letter accompanying the drawing. 29th January, 2007 Dear Mr Watson My wife and I would like to thank you for your professional and entertaining presentation on the history of the Boroughs of Barking and Dagenham to the ‘Old Boys and Girls’ of the then named Dagenham County High & Grammer School on Friday 26th January. We almost felt like interlopers, as my wife Isobel is a Devon girls whereas I only came to Barking in 1947 and left it in 1954 when I was called up for National Service. However that period became one of the happiest periods of my life and. Through the School helped me to enjoy a successful career. I have included a ‘Pen & Ink’ drawing of my father’s business at the Villages Stores, Upney Lane, Barking. Following the end of WWII my Father left his employ with J Sainsburys in Surrey and entered into partnership with a man called Campbell who then owned the shop. The name of the business became Campbell, King and Co. and although Mr Campbell died shortly after my father’s arrival the name was never changed. Mr Campbell lived in flat above the store. My father purchased a house at 76, Cavendish gardens, Barking, Upon Mr Campbell’s death it was decided to convert the flat in to an office and storerooms(s). There were two other adjoining shops, namely a Newsagent run by an old lady affectionately known as Ma Cackett, and a Greengrocer with the family name of Holmes. These three shops served all of the community primarily within the area of Upney Lane to Longbridge Road and to the West of Mayesbrook Park. In the early days, before father invested in a van seen parked by the side of the shop in the drawing, I would deliver meat and provision on an old butchers bike. Eventually my father received an offer for the premises by an off licence chain which he accepted. He transferred the business to new premises round the corner in The Drive at the junction with Edgefield Road. By this time I had left The School and was conscripted in to National Service with the RAF. On being demobbed I had no desire to go in to the family business. I joined the Police and served successfully in the Criminal Investigation Department at New Scotland Yard for 30 years. When my mother died prematurely father sold the business and moved to a flat in Hornchurch. I look back on those days at School and helping my father in his business with a great deal of affection. I was also an active member of The Essex Beagle Athletic Club and remember training, with other runners, alongside the great marathon athlete Jim Peters. I would run 3 miled and he did the other 17! Although living in Barking I became a member of the St Thomas’ Youth Club off Becontree Avenue, which was used by a number of school friends. However, you could not be a member of the Youth Club unless you attended the adjacent Church. I had become friendly with Dudley Moore, with whom I was a School Prefect. Dudley was also a member of the Youth Club and on Sunday evenings we would all attend Evensong where Dudley played the organ. He would take great delight in playing the organ before Evensong commenced, with his own composition of the Hit Parade Tunes of the day. The senior members of the congregation were unaware of this and we would take great delight sitting in the back pews identifying the tunes as he played them. Sadly residential accommodation now stands on the ground occupied by the Youth Club and, although St Thomas’ Church still exists, I believe some of the Church is now used as a nursery school. I like to think that the lessons I learnt at School, in the Youth Club and in father’s business stood me in good stead in my later career as a Police Officer. It would be nice to think that some of the History of my father’s premises would be held in store. I did visit the area 3 years ago. It has changed considerably but the three shops are still there with the easily identifiable wooden strut cladding evident in the drawing. I have no knowledge of the artist but it was drawn about 1950/2. Brian King 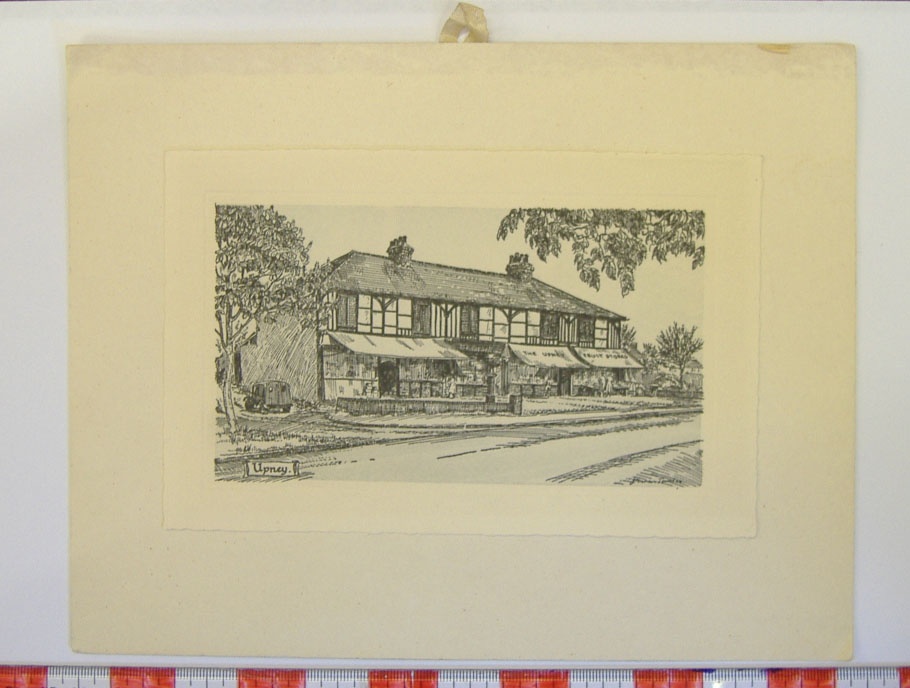 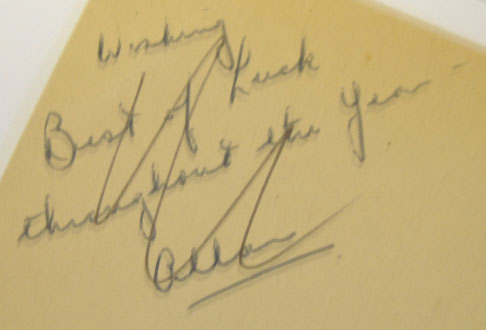