The War Medal 1939-1945. The medal was awarded to all full time personnel who completed twenty-eight days service (operational or non-operational) during the qualifying dates.
Awarded to Mr G. Hagon of Alibon Road Dagenham Essex, born 29th November 1903 and died in 1970. Mr Hagon worked at the docks and lived in Canning Town, he later moved to Dagenham when his house was bombed. Mr Hagon fought under an unknown infantry and then went onto be involved with Reme Recovery. His bases included the desert, Italy and then finally Germany.

the obverse having the crowned head of George VI with the usual legend, and the reverse a British Lion standing over a vanquished dragon with the dates 1939 and 1945 in two lines in the top right. The ribbon shows a narrow central red stripe with a narrow white stripe on either side, a broad red stripe at either edge, and two intervening stripes in blue. 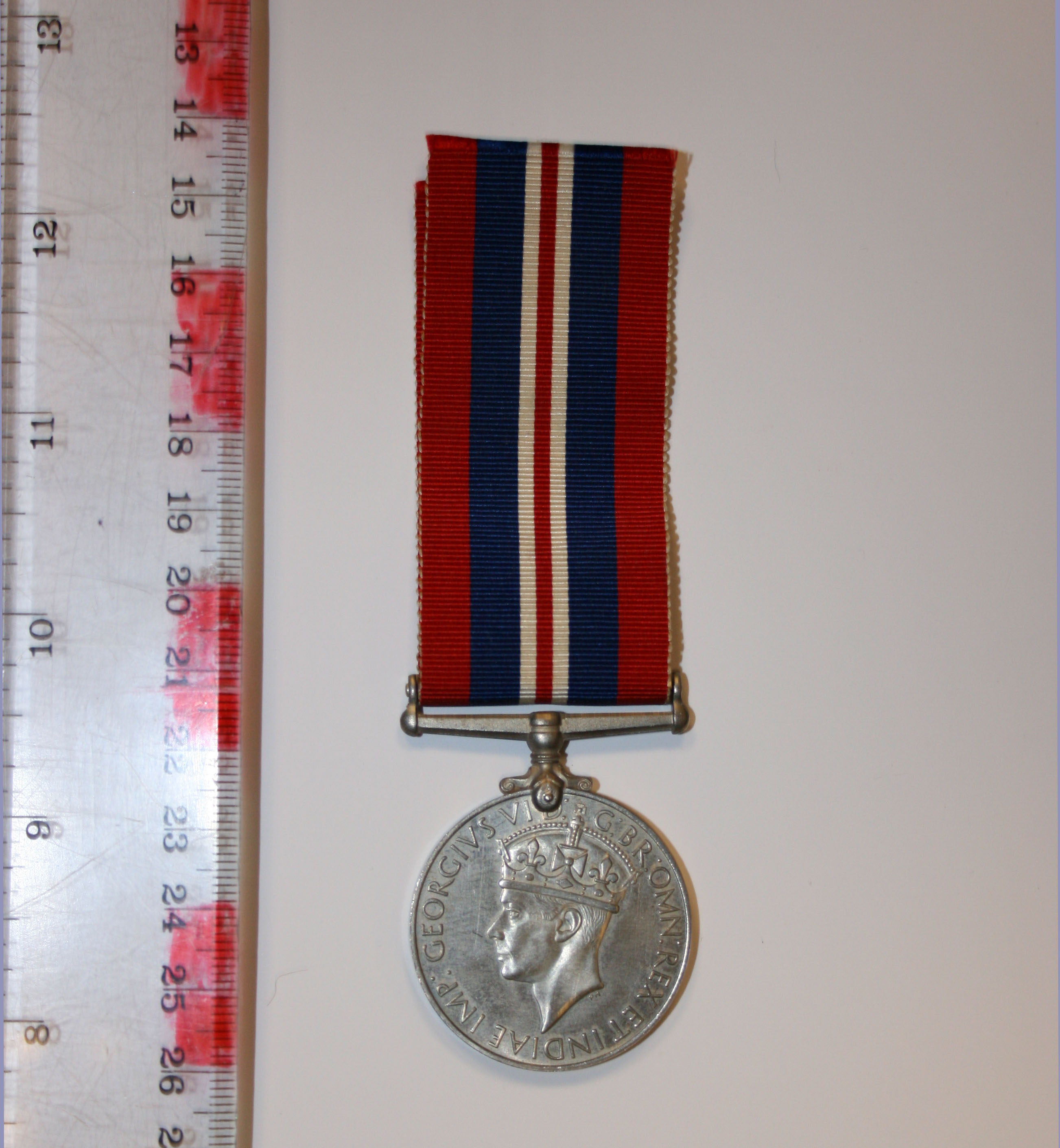 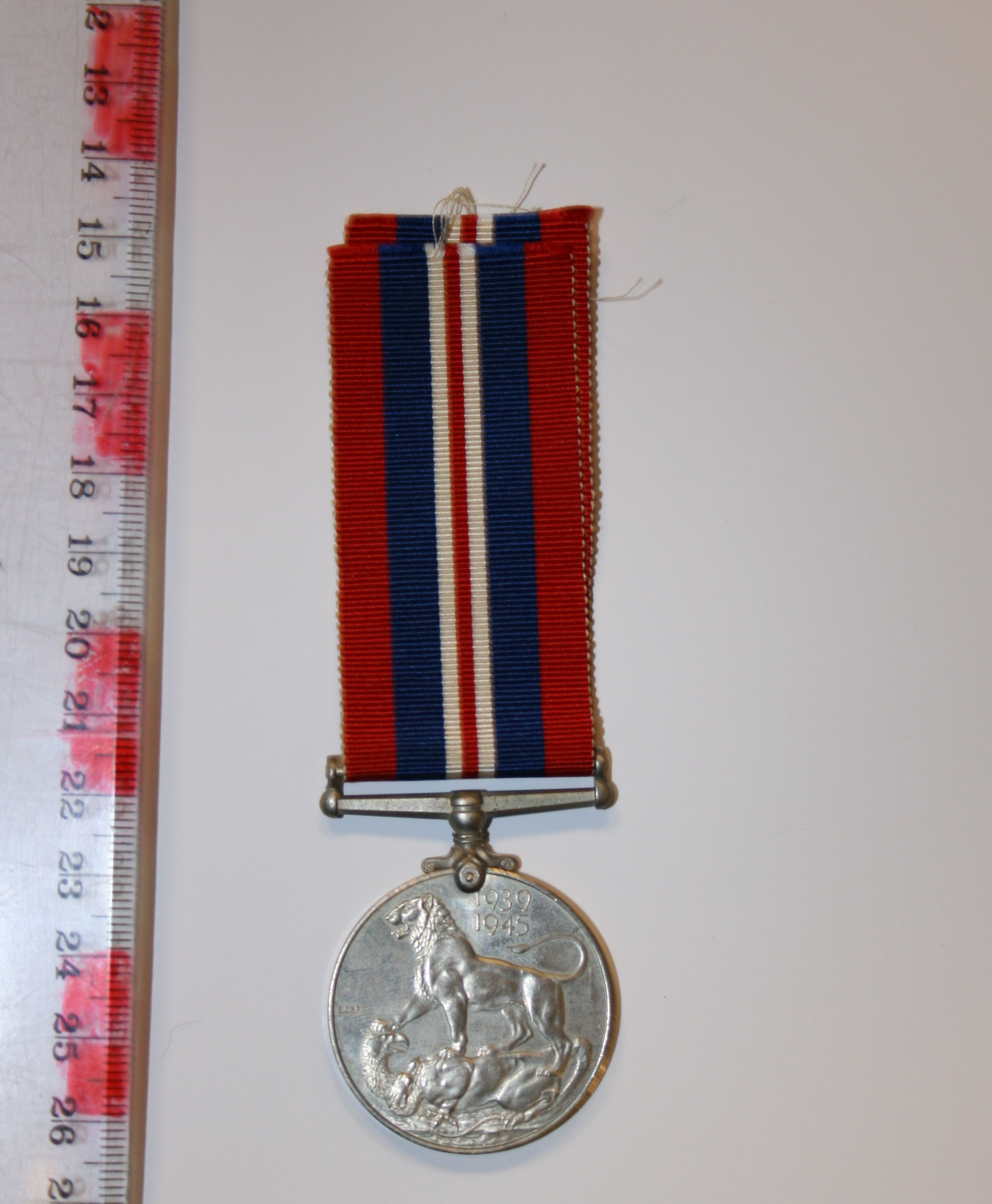