Rosina Mary Westover (1905 – 2001) kept house for her parents from the time she left school, enabling her mother to work in the family business. In 1933 she married Frank Corsi (1899 – 1989), who work in the family business until his retirement in the 1970s. They lived with Rose's parents until they died. After Broomfields was demolished, they lived at Gidea Park and Bournemouth.

They were both married from Broomfields House and had their wedding photographs taken in the garden there.

Three stranded wire headdress. The first strand is decorated with large white wax drops along the full length, to represent flower buds. The second strand is decorated along the length with elongated white wax buds in the shape of pears. at the centre of this strand are ten small peach coloured flowers. They have two layers of rounded petals, and their stamen are made from paper. The third strand is decorated with clusters of small white wax drops along the length and at the centre are three larger flowers surrounded by green wax leaves. In the middle is a large pink flower with elongated petals and paper stamen. On either side of this are two smaller peach flowers, both with two layers of pointed petals, and paper stamen. The wire support is bound with green silk thread. The three strands are joined at either end and decorated with a cluster of wax decoration, comprising each type of white wax drops and a the largest of the peach flowers. Hanging from the end of these are 5 strand of green silk, each with a white wax drop at the end. 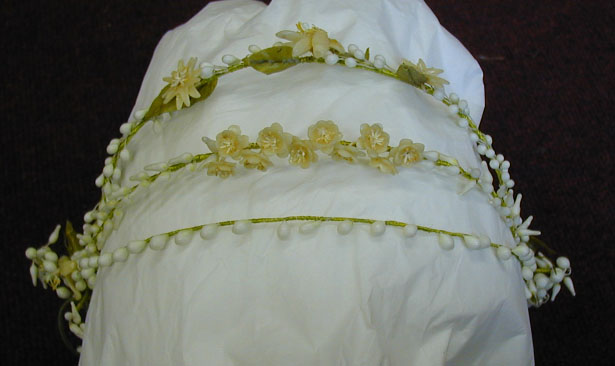 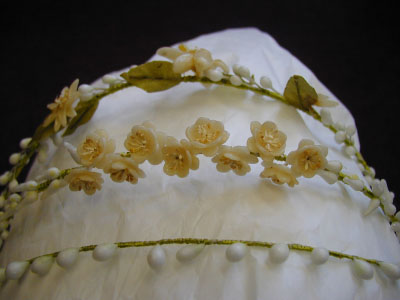 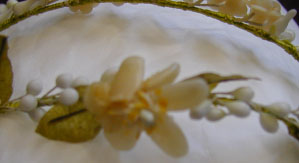 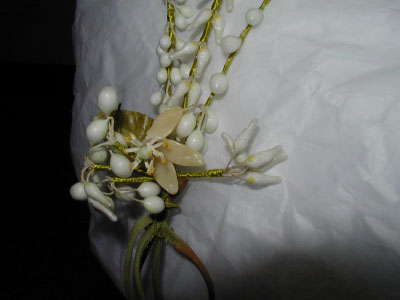 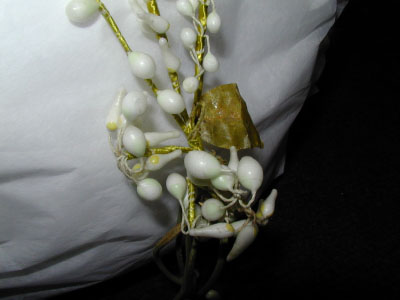 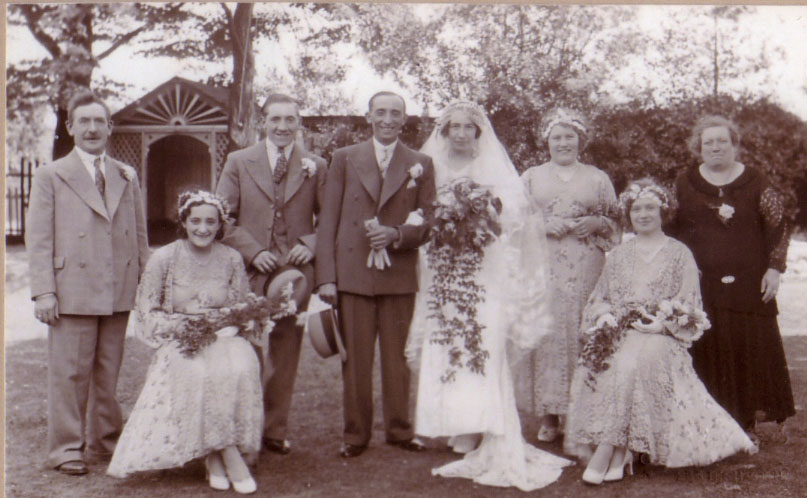 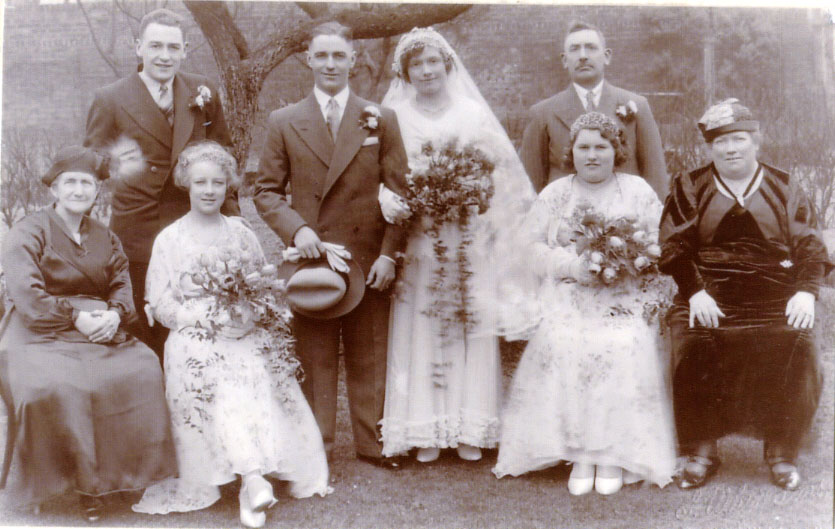