Bust length portrait of a man turned to his left. He has facial hair around the mouth. He is wearing a dark top with an almost luminescent white lace collar. On a plain dark background.

Artist: Cornelius Johnson (1593 - 1661) Cornelius Johnson was born in London to Flemish parents. He probably trained in Holland before opening up his London practice in 1618. He remained in England until the outbreak of the Civil War in 1643 when he moved back to Holland. His output includes several hundred portraits of subjects from upper society 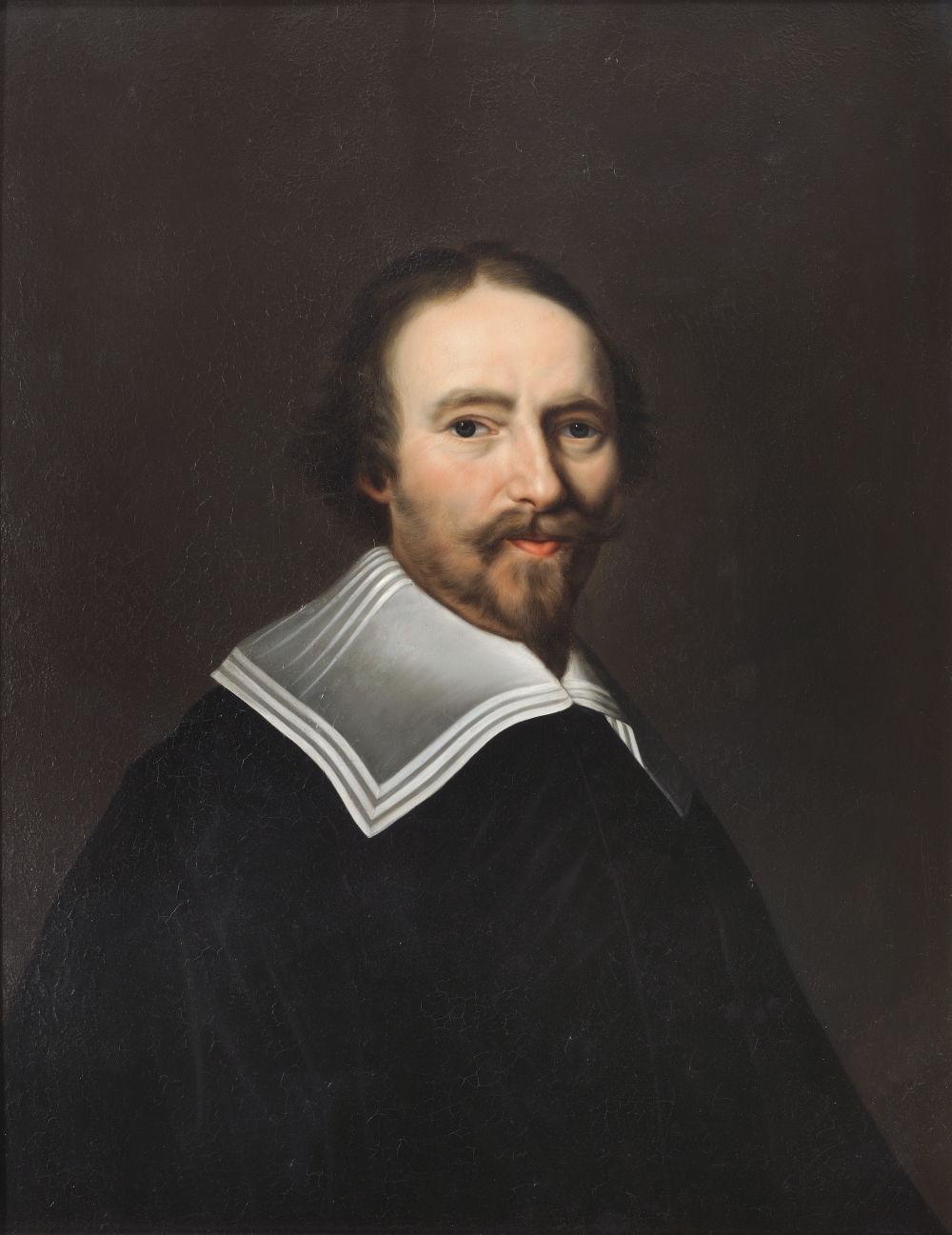